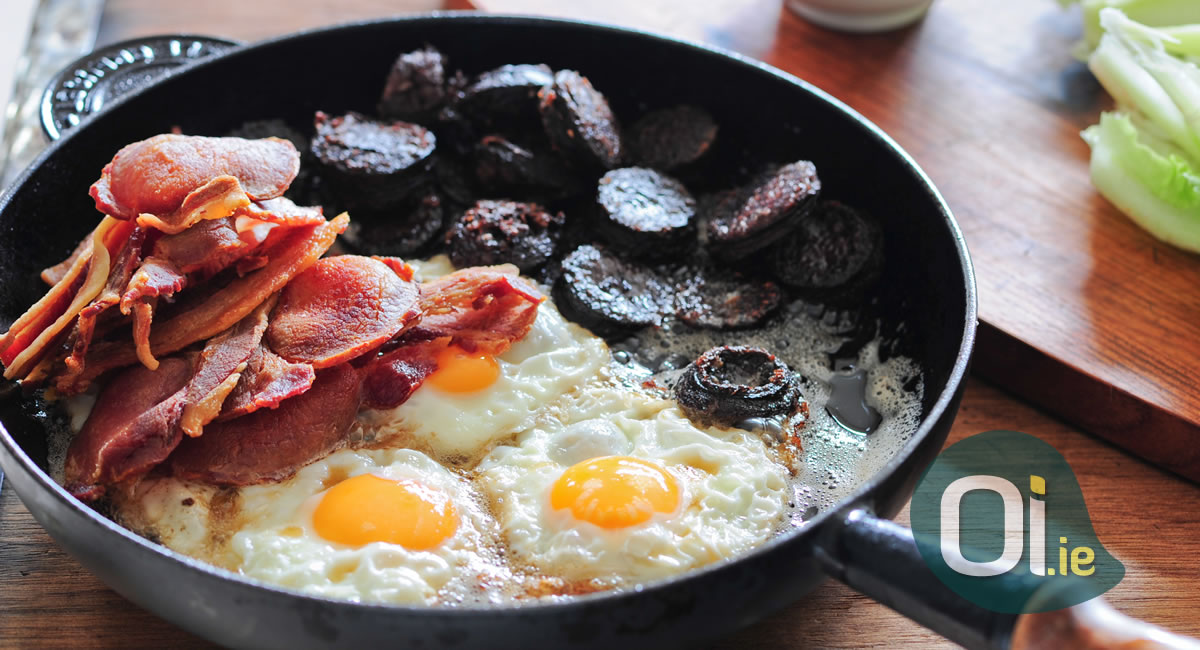 A typical Irish breakfast is something many people who have visited Ireland like to romanticize about. For Brazilians this meaty morning meal is sometimes the greatest breakfast they have experienced, for others it’s something they rather avoid where possible, with baked beans in particular having no places in the food ladder for Brazilians. One thing is for sure, it’s one of those meals you will either love or hate, there’s no in between, absolutely no in between…

Is it easy to cook?

It doesn’t take much more than a frying pan and some cooking oil to make an Irish breakfast. The sausages, rashers, pudding, tomato, egg and mushrooms can all be fried, with baked beans and toast make separately.

Is it what! Hell no, a full Irish breakfast is something that should be enjoyed in moderation. Ask your doctor, with all those meats and greasy extra’s it’s almost a heart attack waiting to happen for diners with poor cholesterol levels! Eitherway it’s something Irish people and visitors alike can’t get enough up, a nice healthy meal to set you up for the working day.

Anything else we should know about the Irish Breakfast?

These days many people also eat all the elements of an Irish breakfast in the form of a baguette, making it convenient and also affordable, with many grocers and deli counters serving the popular “Breakfast Roll” treat.

The English and the Scottish have their own versions of the Irish Breakfast, with slight alterations. Known as “The full English” or “The full Scottish” you can rest assured the battle will rage on about who invented the original treat.

Where can you get the best Irish Breakfast in Ireland?

That’s for another days reading! Check back at www.oi.ie in due course, as we eat our way across Irish rating the best establishments to cook the best fry!