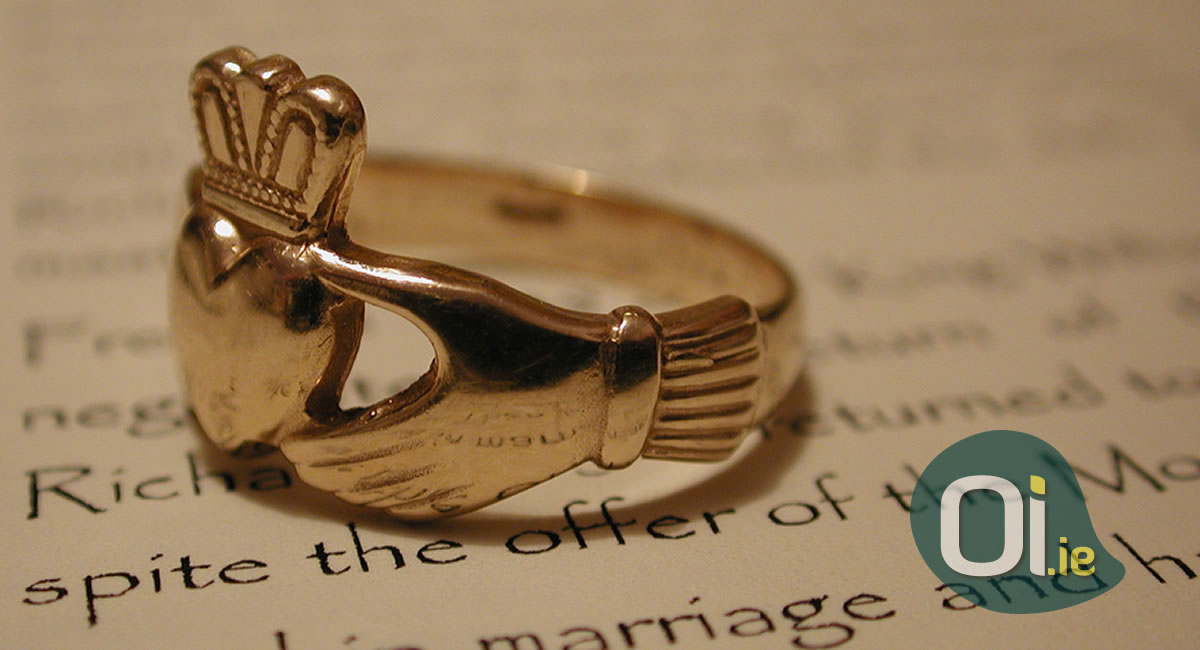 Many people across the world will recognise the design of the Claddagh ring. This traditional Irish ring originates from the Caddagh region in Galway, in older times a small fishing village and now an extension of Galway city.

The ring itself signifies love, loyalty, and friendship and it’s just as popular when used as an engagement ring. Many visitors to Ireland also end up with a Claddagh ring in their suitcase (or on their finger!) The unique design makes it popular worldwide and while it can be purchased across Ireland and beyond Galway city itself, where it comes from will provide you with the best options when selecting the right Claddagh ring.

The origins of the Claddagh ring

The Claddagh ring was produced since the early 1700’s. As with many famous Irish produce various myths and legends surrounding it’s exact origin. While there are many rings bearing the mark of goldsmith Thomas Meade from the same time period the most common belief comes in the form of a silversmith by the name of Richard Joyce.

In 1675 Joyce was imprisoned by Algerian soldiers who were under the command of France. His arrest and imprisonment came during a voyage to the West Indies, at a time when Ireland was under Britsh rule. Joyce King William III of England sent an ambassador to Algeria, demanding the release of British prisionsors (which would have included Joyce). After fourteen years as a prisoner, Joyce was released and returned to his home of Claddagh in Galway. He also brought home the ring he had fashioned while in captivity, the ring which eventually become known as the Claddagh ring.

How to wear the Claddagh Ring / Single or Married?

There is a ritual to the correct way to wear a Claddagh ring. The traditional usage, and a belief which is widely followed today signifies the marital and relationship status of the bearer.

Where is the best place to get a Claddagh ring

There is no better place than at source, in Claddagh itself. While you can of course purchase these rings anywhere online, making the trip to Claddagh is worth the trip, making the gift of a Claddagh ring even more special.