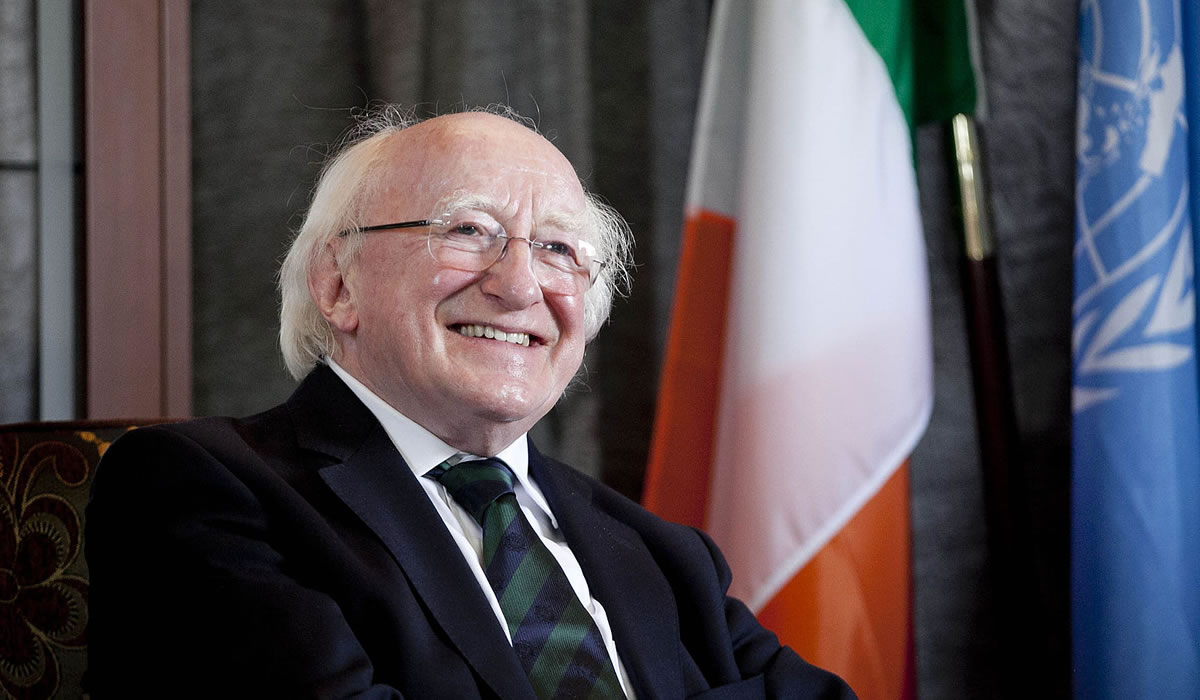 The current president of the Republic of Ireland is Michael Daniel Higgins, a former politician, poet, sociologist, and broadcaster. He was first elected as president in 2011, as the ninth president of Ireland since the state was established.

Despite being born in Limerick in 1941, he is closely associated with Galway city, having studied at University College Galway where he then became a lecturer, before dedicating his time in full to politics.

His wife is from Country Galway and they have four children, one of which is also a member of government, as a member of the Seanad.

Before and during his political life Higgins developed success as a writer and broadcaster, with numerous works appearing on television, and a collection of published books, many of which can be accessed at the National Gallery of Ireland.

Higgins is also a human rights campaigner, using his writing as a platform for publicizing conflicts in troubled regions across the world, winning numerous awards in doing so.

As an avid sports fan, Higgins can often be seen attending Galway United soccer games, a club where he previously served as President – a club who compete at the top level of football in Ireland, the League of Ireland.

What is the role of Michael D Higgins, the president of Ireland?

The presidency in Ireland is mainly a ceremonial role. The president does have limited powers and does perform the following duties:

Where does the president of Ireland reside?

The president resides at “Áras an Uachtaráin”, which in Irish, means House of the President. It’s located within the Phoenix Park in Dublin, one of the world’s largest city parks. The residence was built in the mid eighteenth century, by a park ranger and amateur architect.

Until recently there were free guided tours of the presidential resilience every Saturday. Unfortunately since Covid these free tours are no longer in operation, and more information can be found on the Presidential website.

How long does the presidential term last?

Each presidential term in Ireland lasts for 7 years, with a maximum of two terms possible. President Higgins is currently serving his second term, which will last until 2025, at which point a new president must be elected.