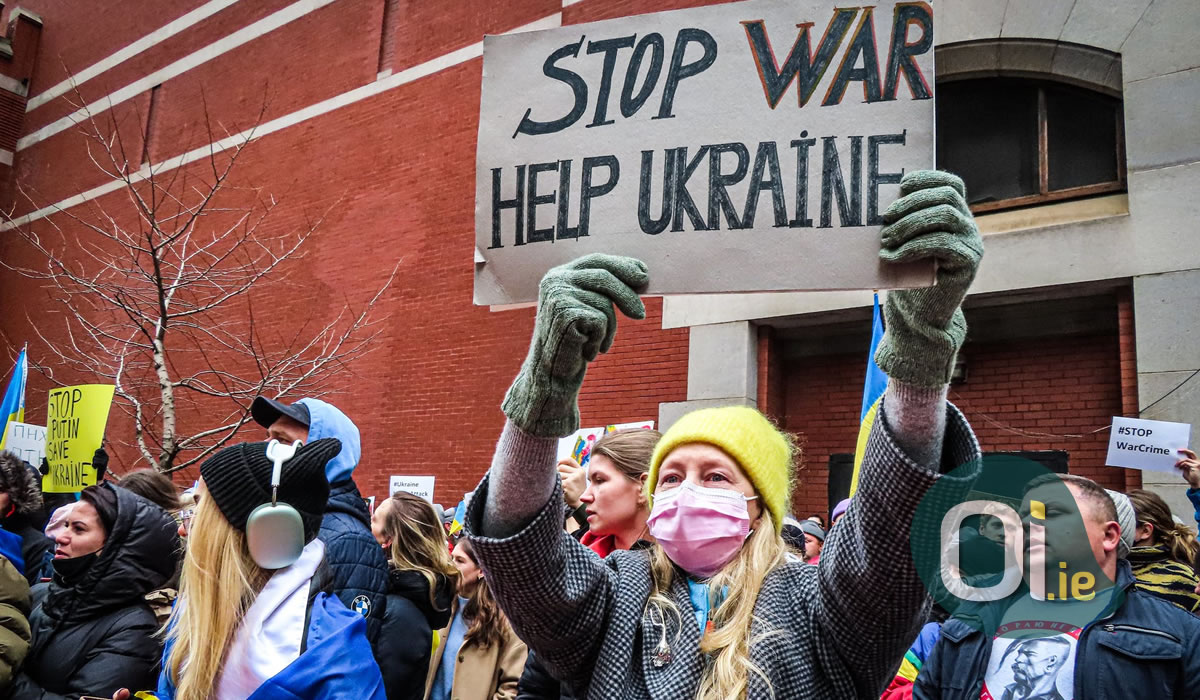 With the ongoing war in Ukraine due to Vladimir Putin’s invasion many Ukranians are understandably fearful, and wish to leave their country. Poland due to its proximity and relations is where most Ukranians are traveling to, but is Ireland an option for those in need of refuge? Let’s find out.

Are there many Ukranians in Ireland?

From the census in 2016 it shows there are over 3,000 Ukrainian nationals living in Ireland. This is much smaller than other former Soviet states, including Estonia and Moldova.

Do Ukraninans need a visa to visit Ireland?

Before Putin’s war Ukranians did require a visa to visit Ireland. Since February 25th this requirement has been lifted, Prior to this it was a requirement for Ukrainian citizens to apply for a visa in advance. A typical tourist visa for Ireand lasted for a period of 90 days and required applicants to visit the Irish embassy, to submit and collect their passport.

What is the easiest route from Ukraine to Ireland?

With Ukrainian airspace closed all flights to and from Ukraine are canceled. Neighboring Poland has numerous direct flights to and from many points, including cities near the Ukrainian border. Ryanair are one airline that operates such flights, with regular flights from Lublin and Rzeszow to Dublin.

What challenges do Ukrainians face if wishing to flee to Ireland?

Ireland is currently developing plans to provide support for Ukrainians arriving in Ireland. Housing is an ongoing problem in Ireland at the moment, with a shortage of accommodation impacting persons from all walks of life.

The Irish Government did state the following in relation to the expected arrival of Ukrainian refugees::

“We will look at hotel facilities initially. Ireland has significant numbers of Afghans and Syrians already.”The Irish-Ukrainian community is said to be mobilising to support new arrivals.

Along with providing support for accommodation there are various aid organizations and government bodies that do provide assistance, and who will be on high alert when it comes to supporting those fleeing Putin’s war. These include the below:

What else is Ireland doing to help Ukranians and stop the Putin’s war?

After pledging €10 million in humanitarian aid and relaxing the visa rules for Ukranians there are growing calls for Ireland to remove the Ambassador for Russian from Ireland, with a recent report highlighting that Russian may be using the expansive property to gather intelligence. The government has also restricted Russian airlines from using Irish airspace.

There have been daily protests across Ireland, and the Irish Refugee Council, Unicef and other charities have also been providing support and dedicated fundraisers.

“I couldn’t help my parents in Ukraine. My heart is broken.”

Members of Ukrainian community in Ireland have gathered at the Russian Embassy in Dublin to protest the military invasion of their country. #Ukraine pic.twitter.com/OYkIBNcvkK