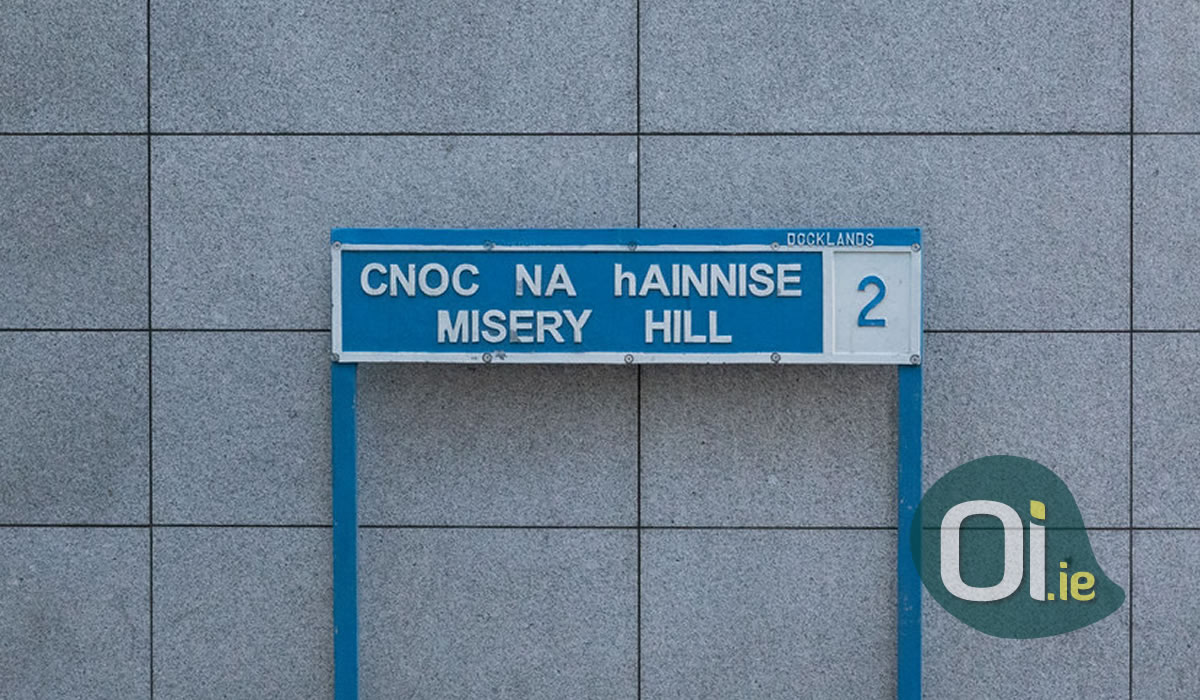 Like street signs, Dublin’s street names hold centuries of history. There is an entire book dedicated to the origin of the names of the main streets in the Irish capital. Most streets are named after saints, kings, queens, military, nobles and public buildings, but the city also has streets with very curious names.

We’ve listed some of Dublin’s funniest addresses and the explanation behind each name. Check out:

The name of this street in Dublin’s Docklands reveals the dark past of the area where it is located. Some historians say the name came about because of a leprosarium in the vicinity, a hospital where leprosy victims were taken to be isolated from the rest of society. Others say that the bodies of executed people were taken there, and left for months until they rot. Today the street is next to the Irish Facebook headquarters, which is somewhat ironic.

This street in Dalkey has this name because it ran along the path parallel to the Atmospheric Railway, a railway that used trains powered by air suction (similar to the Porto Alegre aeromobile). The railway operated from 1844 to 1854 and carried passengers along a 2.8 km route between Dalkey and Dun Laoghaire. The interesting thing is that, from Dun Laoghaire to Dalkey, the train used atmospheric traction to move, while in the opposite direction, the train used only gravity, since most of the route was downhill – except for the end of the route. When the train did not have enough “rocking” to reach the station, third class passengers would get off the train and push it.

This street was just an unnamed place in Dublin 7, until architect Peter Carroll decided to build his house there. When he christened the street, he asked the older residents of the region if they had any stories to tell. Peter discovered that there was a market in the area a long time ago, and farmers used the street to park their carts. After sales, the farmers came back slightly intoxicated, fell into the dung and lost the coins that fell out of their pockets. Days later, the lucky children found the little “treasures” on the street.

This residential street in Kilmore, Dublin 5, is part of a residential subdivision from the 60’s. Inspired by the space race of the time, this street was named after the Apollo Project, which took the man to the moon in 1969. Nearby , there is also Tranquility Grove, named after Tranquility Base, the place on the moon where the astronauts landed; Eagle Park, referring to the space vehicle used in the mission; in addition to the Armstrong Walk and Aldrin Walk, in honor of astronauts Neil Armstrong and Buzz Aldrin.