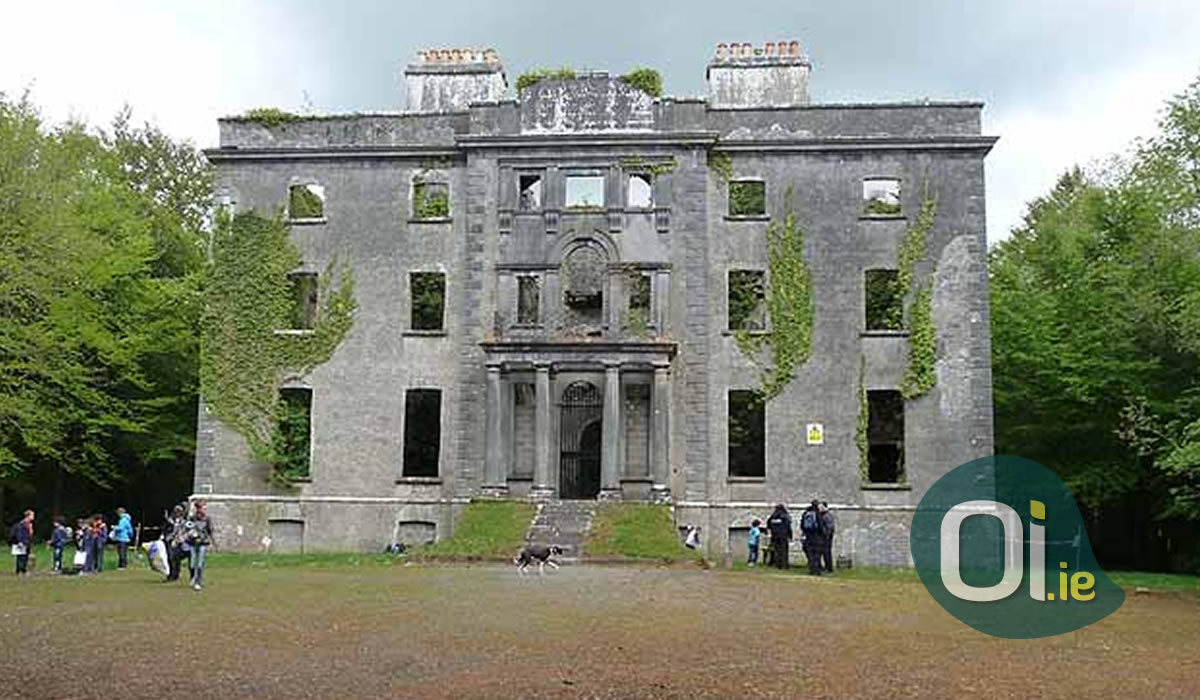 Moore Hall is an old mansion located on the shores of Lake Carra in County Mayo. The picturesque place, which today is in ruins, is very popular with tourists and serves as a backdrop for films and photo essays. The house, which was set on fire during the Irish Civil War, is surrounded by supernatural stories and legends.

The property belonged to George Moore, an Irish wine merchant who made fortunes in Spain. After retiring, he decided to return to Ireland and build Moore Hall, between 1792 and 1795. Legend has it that the area was ill-fated because a druid (pagan priest with great political influence) had been killed there in the 400 AD years. George ignored the warnings and chose the location to build his home because of the beautiful view of the lake. Moore Hall was considered a symbol of status and success, employing many local servants.

Coincidence or not, a few years after moving to Moore Hall, George suffered a stroke, went blind and died at the age of 70. Her son, John Moore, died a month later, at the age of 32. The house was inherited by his grandson, George Henry, and his family, who lived there until the fire in 1923.

The house was set on fire by Republicans who, at the time, saw the family as supporters of the Anglo-Irish treaty – the agreement signed with the United Kingdom that ended the War of Independence and separated Northern Ireland from the rest of Ireland. The fire was a great loss for the region, as the family helped the population during the Great Famine and was of great importance in achieving independence. Moore Hall was just one of about 270 homes burned by Republicans during the revolution.

Today, Moore Hall is a beautiful and peaceful place during the day, but terrifying at night. There are reports of people who entered the house and were locked, unable to leave. Some say that children died there and that you can hear them laughing or shouting at night.

In 2018, the property was purchased by the county of Mayo and will be transformed into historic heritage, open to visitors.

Would you dare to venture into Moore Hall?