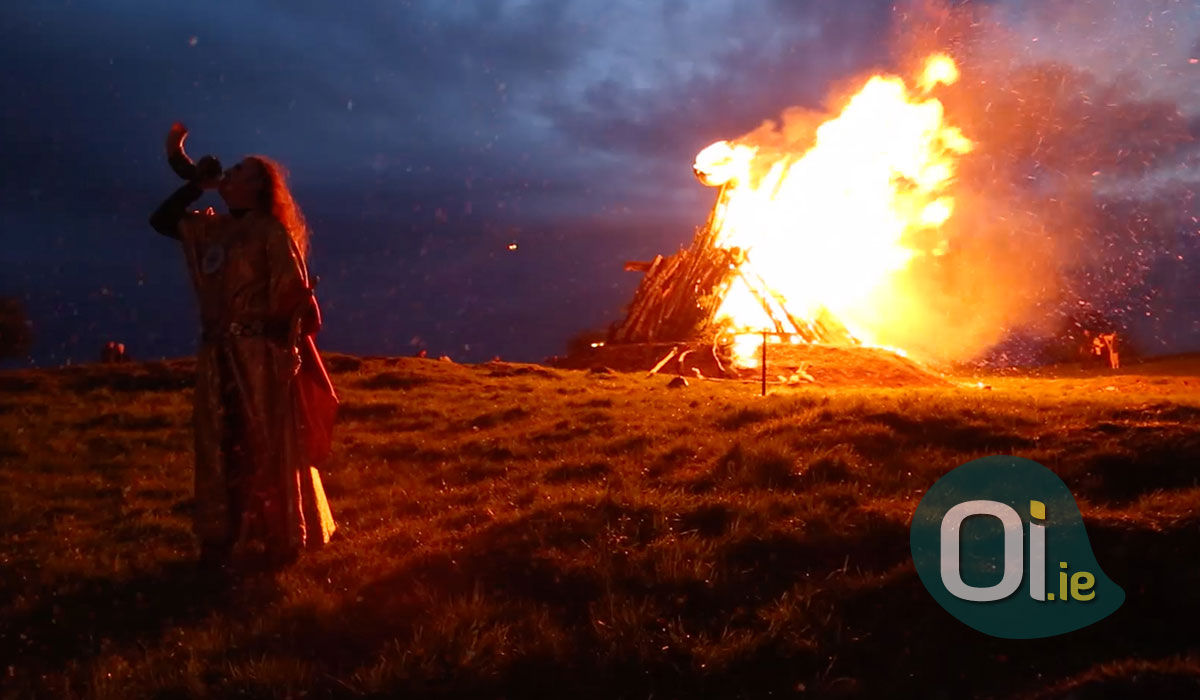 Many associate Halloween with symbols such as witches, pumpkins and sweets, but the true origin of the date is very old and has its roots in Ireland, in an old festival called Samhain .

Samhain , which means “end of summer” in Gaelic, was celebrated on November 1, marking the end of the harvest season and the beginning of winter. The Celts believed that, in this period, the frontiers between life and death opened up, and the spirits of the dead returned to Earth.

It was common to leave offerings to the spirits, as a way of thanking the harvest and guaranteeing survival during the winter months. In addition, large bonfires were lit, as it was believed that fire and smoke kept evil spirits from Earth.

In some places, people passed from house to house, reciting verses and songs in exchange for food, usually wearing masks and disguises. According to historians, this was a way of personifying the spirits who, according to the old belief, demanded a reward in exchange for prosperity.

Everything changed with the arrival of the Catholic Church in Ireland. In an attempt to move away from pagan traditions, the Vatican turned the date into a Christian holiday. November 1st became known as “All Saints Day”, or All Hallow’s Day . Eve, on October 31, was known as All Hallows’s Eve (or All Saints night). Over time, All Hallows ’Eve was shortened to Halloween , and the date incorporated many of the ancient pagan traditions.

It was thanks to the great wave of Irish migration in the 19th century, especially after the Great Famine of the 1840s, that Halloween arrived in the United States and gained worldwide fame. With you, Irish immigrants took some of the typical Halloween traditions, such as the game of fishing for apples, and the habit of going from house to house to ask for food or money – which gave rise to the modern version of the trick-or -treating, the famous “trick or treating”.

In the beginning, the games were harmless. But, little by little, vandalism was taking over. Residents and traders began to give children sweets so that they would not destroy properties. Thus, they passed from house to house “extorting” the residents.

From the 1950s, Halloween took on a more familiar format, with games for children and integration among community members. Today, Halloween is celebrated worldwide and is part of the collective imagination. It is estimated that in the United States alone, over 6 billion dollars are spent each year on costumes, decorations, sweets and other items, making Halloween the second most commercialized holiday in the country, after Christmas alone.