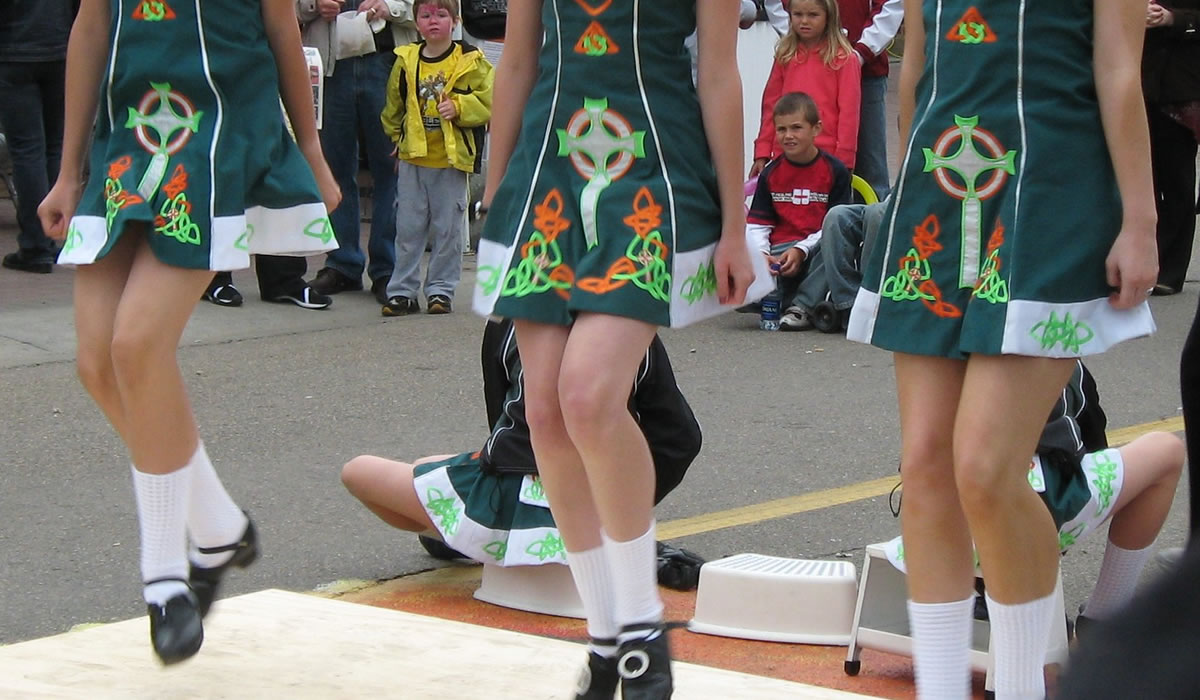 There are some things in Irish culture that are very typical, like the Irish language, the native sport hurling, traditional music and Irish dance. Learning this dance is not mandatory for children, but it is a separate practice that many Irish children learn and also has a lot of visibility at special events, such as St Patricks Day.

The dance has its origin in the Celts and Druids who circulated in the country before Christianity and outside interferences did not even exist. Druid religious customs included dances, including around the trees. The Celts, on the other hand, had their dances, which were similar.

These dances were common in Europe, but they do not resemble what Irish dance is today.

It is natural that the dance was accompanied by songs and songs, occurring especially on specific religious occasions. There were great celebrations such as “feis”, which consisted primarily of art, culture, music and even an opportune moment to talk about politics, among other things. At the residence of the Great King of Ireland there was a feis called Aonach once a year, something that happens today in many places, but today it serves more as a showcase for Irish dance where people compete.

The Normans invaded Ireland in the 12th century, they then consolidated themselves in the country bringing practices from their people, which included dance. A well-known dance was ‘Carol’, typical Norman and was gradually introduced by the country, the dance implied a singer in the center of a circle of dancers who danced according to the song. This was the first historically marked dance in Ireland. In the coming centuries, three new types of dance were born, namely: The Irish Hey, The Rinnce Fada (long dance) and The Trenchmore.

In the 18th century, Irish dance was finally born the way it is today. And this is thanks to the “Dance Master”, who would be a teacher who traveled around the country teaching the peasants. That’s how group dances started, it was an easy way to bring together all the apprentices participating in the dance. Students who were very good could become soloists, which was when they danced to music alone for a while and consequently had everyone’s attention for themselves. The dance masters competed a lot with each other, and for that reason dance competitions arose, which still exist today.

In 1893 the Gaelic League was created, which was created to disseminate and promote Irish culture within the country, around 1930 an Irish Dance Commission was created so that dance rules and classes came into existence, with that the dance really grew within and outside of Ireland.

Today dance is more complex since it includes specific instruments used for music, costumes and training required for competitions. One of the things that helped dance to proliferate around the world was Riverdance, which is a theatrical show that has existed for 24 years, through which it was possible to show more about dance to the rest of the world, the highly respected group toured the world during 15 years.