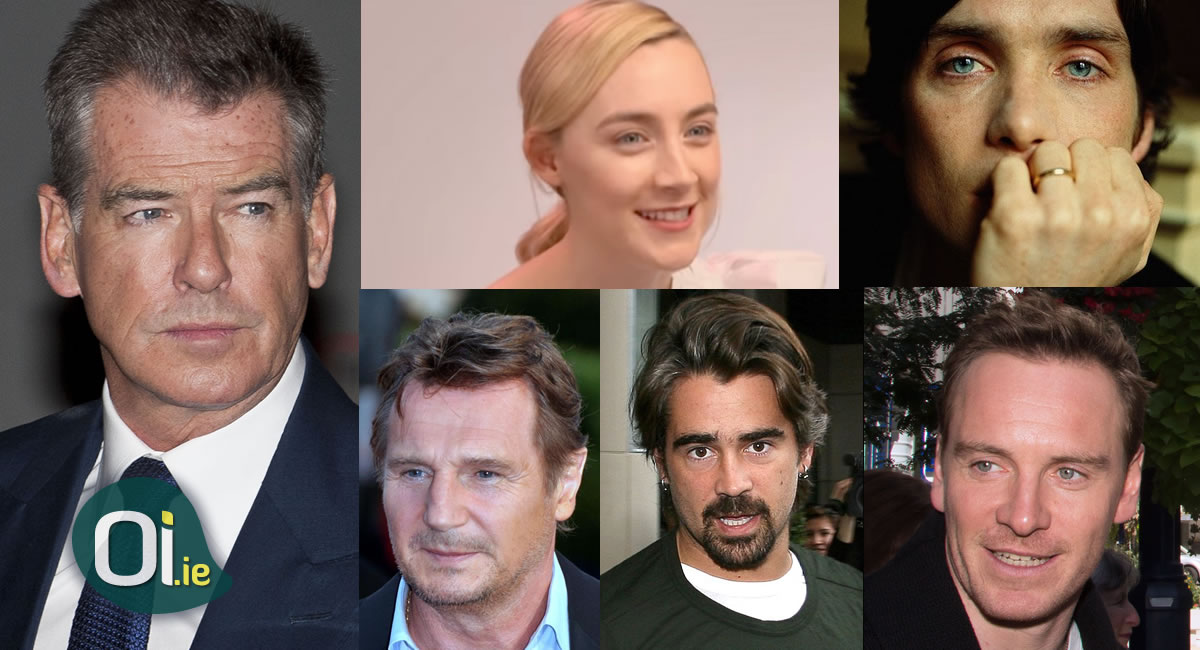 Ireland has provided Hollywood with some of the best actors over the past 20 years, actors who many people don’t know come from Ireland. Have a look below and see if you remember them, or if you knew they comes from the Emerald Isle!

Colin Farrell is a Dublin born and bred actor who started out in acting in an Irish soap called Ballykissangel, set in the beautiful village of Avoca in County Wicklow. Considered as a heart throb with his good look looks he rose to the top of A listers in Hollywood in a short space of time in the early noughties.

Saoirse Ronan was born in Brooklyn, New York but moved to Ireland with her parents, who are both Irish, when she was just three years old. Living in Dubin she began her hugely successful acting career at an early age, winning numerous awards, including Golden Globes on more than one occasion. She currently lives in Greystones in Co. Wicklow, a short distance from Dublin.

There Will Be Blood, Lincoln, In the Name of the Father, Gangs of New York

Daniel Day Lewis is one of the most popular and considered one of the very best actors of his generation. Born in London to Irish and Jewish parents he currently resides in County Wicklow and holds dual citizenship, between Great Britain and Ireland. Despite starring in very few movies he was won Academy Awards (Oscars) on three separate occasions.

Liam Neeson was born and raised as a Catholic in a period during troubled religious tension between the Catholic republicans and the predominantly loyalist protestants in Northern Ireland. Neeson excelled at boxing and even soccer before he became and actor, starting out his career in film in Dublin and breaking through as a top ranking actor during the successful movie Excalibur. A little known fact is Liam Neeson also worked at the Guiness Brewery in Dublin, before making it big an a Hollywood action hero.

Best known for playing James Bond Pierce Brosnan hails from Navan in Co. Meath. Like many famous actors Brosnan has an interesting route to stardom, working his way up almost accidently from being raised by various family members and with time spent in London to foster parents.

Cillian Murphy is a Cork born and raised actor who started out in music and eventually progressing in acting. He spent all his childhood in Cork city and even started studying law in the local university before moving into acting and making his big break in the low budget horror movie 24 day Later. He is best known these days as the lead actor in the hit series Peaky Blinders.

Michael Fassbender is an Oscar winning actor who starred in movies such as X-Men First Class, 12 years a slave and Steve Jobs. His mother is from Northern Ireland and his father German. After being born in Germany Fassbender moved to the stunning town called Killarney in County Kerry, in South West Ireland. He was raised as a Catholic and even spent much of his childhood as an alter boy, helping out in his local church. Before making it famous as an actor he spent time in London working as a postman and also a bartender.

Brendan Glesson is an Dublin as they come! His character, accent and style all display Dublin traits and he is a highly regarded actor at home in Ireland particularly, where he takes part in many Irish productions. Gleeson is an avid reader and a lover of Irish music. Before acting he worked as a teacher in Dublin and is an advocate for the Irish language, which he speaks fluently.