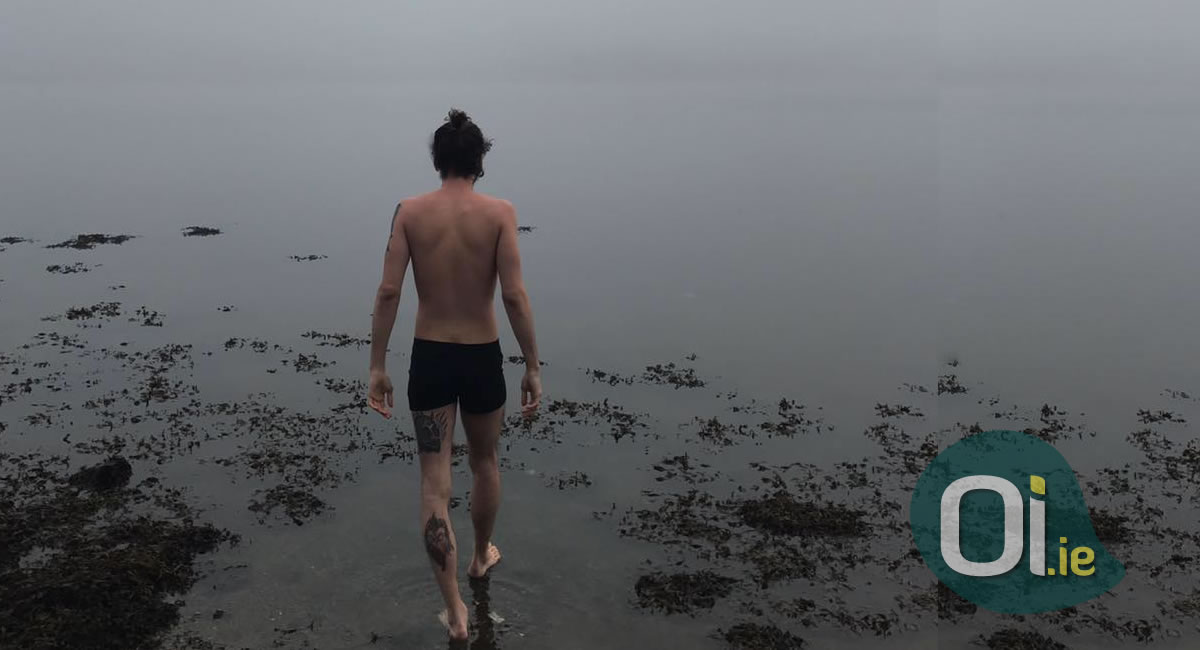 I’m Brazilian, born in Rio de Janeiro. I work and research the Visual Arts, focusing on language and its derivations. When I moved to Ireland I imagined that I would have a new life experience, and so it was. I lived in Galway for a few months and I was able to see a completely different culture, I feel that the time I had in the city marked me forever.

When did you arrive in Ireland and how long did you stay? I arrived in Ireland in 2017, I stayed for 7 months.

What do you think of the lifestyle of the cities where you have lived? : Galway is rainy, having spent some time in the city made me enjoy another kind of weather. As a person who went to Ireland after new experiences, I could feel the climatic changes and their consequences in people’s daily lives.

How does the lifestyle differ from the Brazilian way of life? There are many distinctions, but one of the most striking are the stipulated limits, which can be both good and bad. If on the one hand we have a strict public transport with schedules, on the other, the drinks stop being sold too soon for someone who is accustomed to leave most parties as it is dawning. The possibility of being able to access anywhere in the city is also a differential, I like walking and in Galway I could walk anywhere without fear or difficulty.

What is the difference between the Irish and the Brazilians? Here in Brazil people are very regional, this brand makes it difficult to stipulate differences without thinking where we came from. Having spent most of my life in Rio, I can say that the difference is quite in the smile, in the body, in the way people interact and gesticulate. In addition, the Cariocas, as we are known, are people extremely attached to their own culture: samba, funk, cheap butecos; even without much awareness of it, both Carioca and Brazilian breathe culture. I do not think this is the case in much of Ireland.

What is the best part of living in Ireland? I had two jobs in Ireland, during the morning I studied, the afternoon worked as Piercer and the night as “Cleaner”. I would never be able to balance these three occupations here in Brazil, either through intense traffic or precarious urban mobility. The best part, of course, is the ease of doing what you want.

What are the things that you do not want very much when you live in Ireland? I think the worst of the problems come perhaps from what I liked the most. After these months in Ireland, the impression is that because they have a better life compared to Brazil, people have become more comfortable. It was rare to find someone with ambitions, who had some greater aspiration. I volunteered at TUCA, a Contemporary Art event and most of the work seemed just lazy. Perhaps the absence of chaos or disorder makes it more difficult for people to create or crave bigger things.

What are the things that you or other Brazilians feel the most about living in Ireland? Human warmth, whether from family or strangers, makes people more cold. Even being one of the friendliest cities I’ve ever met, I feel that approaching people, or even depth in relationships, is a very difficult thing to conceive. When I arrived in Brazil, a teacher who also lived abroad for a while told me that even being fluent in the language, foreigners never really understood what it means to be a native. I think this is what I missed the most, being native.

Where is the place you like to visit in Ireland and why? Phoenix Park has certainly been one of the most striking places, there is no shortage of Europe’s largest open parkland. Nevertheless, the path I took to get home made me form a bond with a particular lake, Lough Atalia. In addition to being the heart of one of the most recent works of art, the lake transmuted day after day, always providing me with beautiful landscapes and calling me to research it.

What advice would you give to someone thinking of moving to Ireland? Stand apart from others, look for the details of this place. Instigate, investigate, look where people are not looking and you will see a very beautiful land.