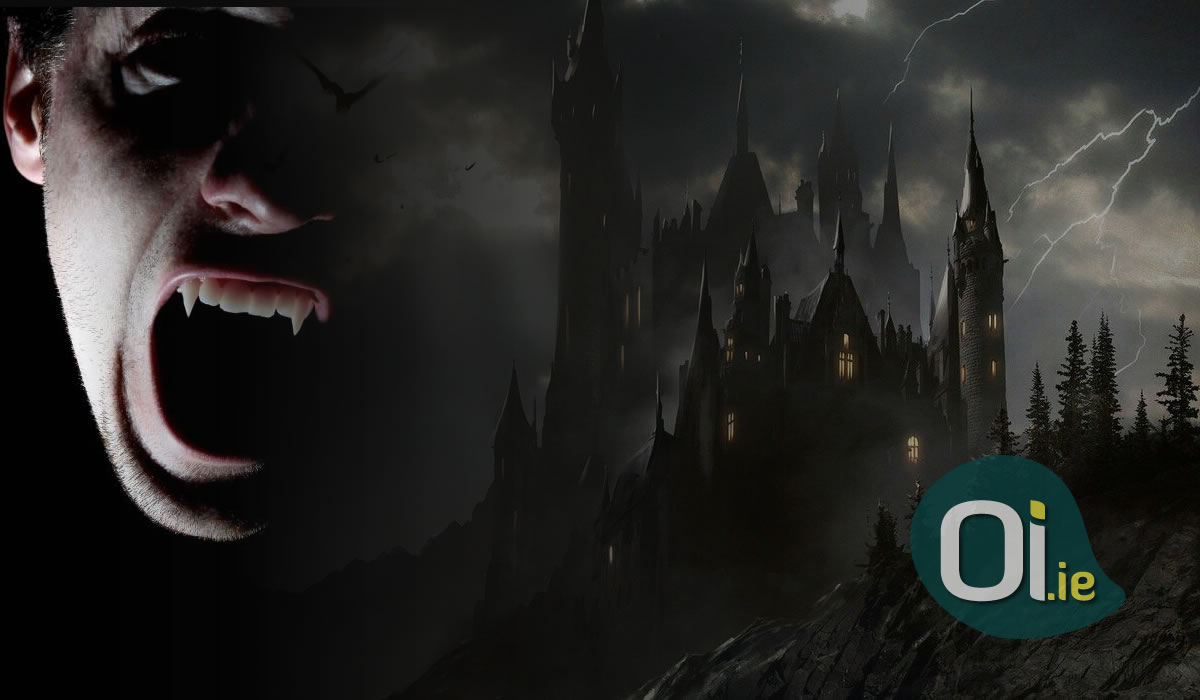 You don’t have to be a fan of horror stories or slasher movies to know the story of evil vampire Count Dracula, the most well known of all vampire characters. But did you know where the story comes from? That’s right – an Irish story from a little known Dublin author by the name of Bram Stoker.

Bram Stoker was born in Clontarf, northside of Dublin in November 1847. He studied in a private school in Dublin and became friends with famous poet and playwright Oscar Wilde later during his Trinity College student years. After moving to London Stoker worked as a personal assistant to a prestigious English actor, Sir Henry Irving. It was during his time in London where Stoker wrote the novel Dracula in 1897, the most successful of all his novels.

Bram Stoker had travelled much of Europe in his role as as actors assistant, but had never visited Romania, the home of Dracula as written in the novel. Many believe Dracula is based loosely on a Romanian Medieval prince, Vlad the Impaler, although this has never been proven with certainty. Stoker did however came across the name Dracula in his reading on Romanian history, and changed the name of his novel from “The-Undead” to Dracula. The word Dracula derives from the Romanian word for dragon, with Vlad the Impaler’s father being a member of “The Order of the Dragon”, a group founded to protect the Roman empire from the Ottomen Turks in historic times. This lead to more agreement in favour of the connection between the Dracula book and the Romanian ruler Vlad the Impaler, who is said to have killed between 40,000 to 100,000 European rivals, criminals or civilians considered “useless to humanity”, mainly by impaling.

While Dracula has went on to become the most recognised figure in vampire fantasy Bram Stoker himself died as a very poor man, having to apply for a compassionate grant from the Royal Literary Fund, as he had lived most of his adult life in London. His widow was forced to sell the notes from his Dracula novel in 1913, where they were purchased for a little over £2.

For those visiting Clontarf in Dublin make sure you pop by and take a photo of Bram Stoker’s birthplace, and the origin of the Dracula story – if you dare!