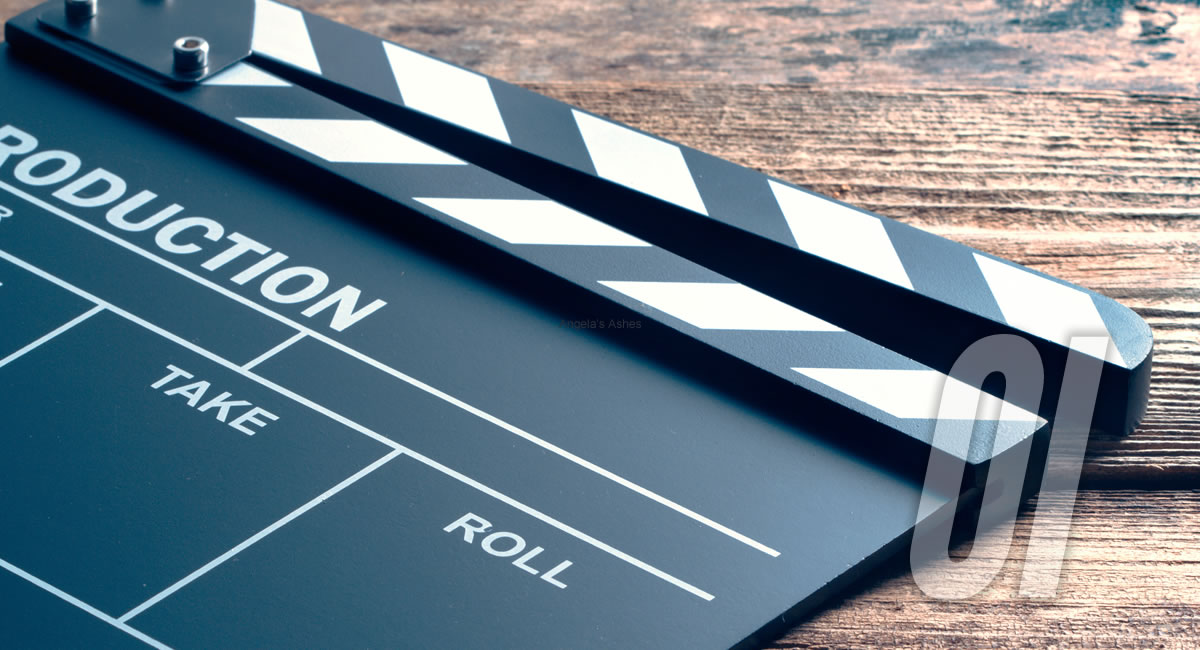 There are not a huge amount of Irish blockbuster movies that have made it big in Hollywood, that’s not to say there are not some great Irish movies. For a nation with such rich history and powerful characters there are some excellent Irish produced movies that we highly recommend to watch which you might not have heard of. See below a list of some of our favourites:

Angela’s Ashes is based on the memories of Limerick man Frank McCourt throughout his difficult childhood and following his journey whereby he earns enough money to achieve his goal of moving to New York.

The movie paints a picture of life in Ireland shared by many of the poorer population at the time, who struggled with financial problems as well as alcoholism.

Filmed in 1996 The Van is an Irish comedy, based on the novel of the same name by renowned author Roddy Doyle. The storyline follows a working class Dublin man who loses his job in a bakery, only to purchase a van from which he plans to sell fish & chips from. The new venture turns into a mix of up and downs, with plenty of laughs throughout the movie.

Song for a Raggy Boy

“Song for a Raggy Boy” is based on the unfortunate true story of a primary school teacher and his willingness to stand up for a group of young boys against the abuse at the hands of the Catholic church at a school in 1930’s Ireland.

PS I Love You

This movie is one particularly for the girls, a romantic movie that . Like many of the others on this list this movie is based on a best selling book. A young widow finds out soon after her husband’s death that he has left of a collection of notes – all with instructions to follow. The notes, with the aim of helping to ease her pain lead to a new chapter in her life, this time in Ireland, former home of her late husband.

A early 1990’s musical comedy, the Commitments was a huge success in Ireland, following the journey of Jimmy Rabbitte, a self-proclaimed musical promoter, who puts together a collection of musical misfits to form an R&B band, a relatively unknown genre at the time in Ireland.

The Wind that shakes the Barley

The Wind That Shakes the Barley is a drama set during the Irish War of Independence (1919–1921) and the Irish Civil War (1922–1923). The movie tells the story of two Cork brothers who join the IRA (Irish Republican Army) to fight for independence against the might of the United Kingdom army.

Martin “The General” Cahill  was a prominent Irish criminal from Dublin and the movie is a depiction of his life. After stealing previous paintings and selling them to the wrong crown the Irish Republican Army (IRA) mark his for assassination

Along with many others on this list Veronica Guerin is a movie based on a true story, but in more recent times. It is a biographical crime film starring Cate Blanchett as Veronica, who was gunned down as a result of her reporting of the Dublin drug trade and the crime gangs in operation at the time.

Other movies that were shot in Ireland or with strong Irish connections: Braveheart, The Shawshank Redemption, The Quiet Man, Brooklyn and Far & Away.