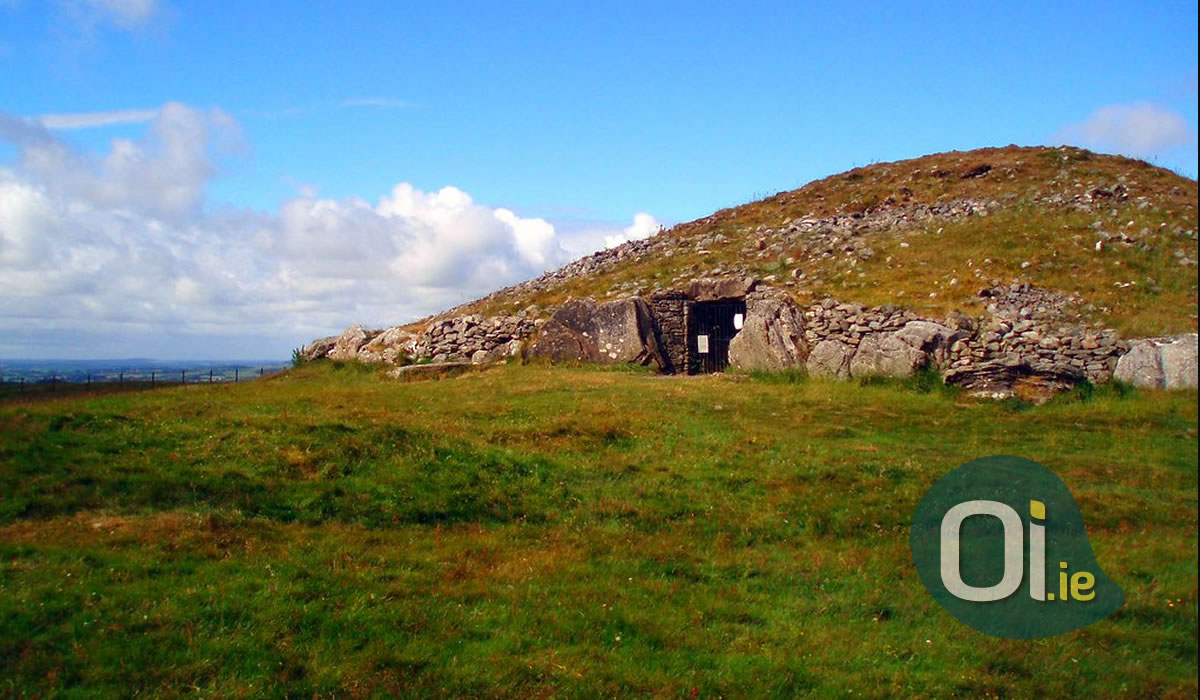 The highest point in County Meath is also a place of great historical importance. The Loughcrew Megalithic Site (or Sliabh na Cailleagh), located about an hour from Dublin, holds enormous historical significance and some of Ireland’s oldest megalithic ruins.

The site is a kind of cemetery, with tombs built more than 5000 years ago. The construction was done in such a way that the tomb was illuminated by the sun at specific times of the year, usually at the solstices and equinoxes, which mark the beginning of the seasons. The tombs are marked by piles of stone (cairns, in English) that were used as memorials. In Loughcrew, there are 32 cairns, signposted by letters, but the most famous is probably Cairn T.

Cairn T is where most tourists go. The structure is constructed in such a way that the sunlight aligns perfectly with the tomb twice a year – during the autumn and spring equinoxes. It is possible to enter the tomb, but it is prohibited to touch the stones, for reasons of preservation, but also because it attracts bad luck, according to Irish folklore.

It is also possible to see symbols engraved on the stones, which still hold many mysteries to this day. It is possible that the drawings represent some everyday situation, observations from heaven, or some very old religion. Nobody knows.

Tombs were usually built on top of hills so that they could be seen in the distance. Of the many hills of Loughcrew, the most popular is Carnbane East, also known as Hill of the Witch, or “Witch’s Hill”.

Legend has it that there was a witch, known as Cailleagh, who walked from hill to hill with huge stones in her apron. As he walked, he dropped stones on the ground, forming some of the structures that can be seen today. She dropped stones on the first three hills, but on the fourth she made a mistake and fell, which led to her death. She was reportedly buried in Patrickstown Hill, the last of the four hills.

Next to Cairn T, there is a stone that resembles a throne. This stone is known as the Witch’s Seat, or the Witch’s Chair, because, according to legend, it was there where she sat. They say that if you sit on the stone and place an order, the witch will carry it out. It doesn’t hurt to try!

Are you curious to know? The Loughcrew Megalithic Site can be accessed by car via the M3 from Dublin. Admission is free.