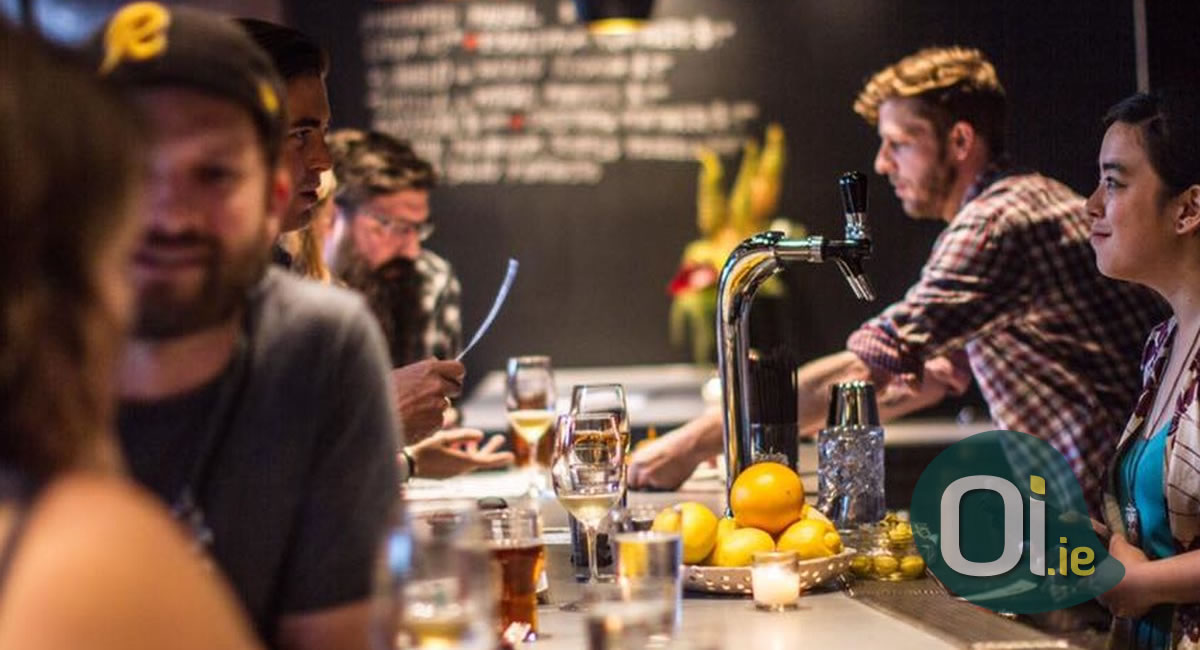 without going through the bureaucracy needed to legalise their situation, becoming illegal with time. Without going into the more philosophical questions that “all humans should be legal” or the fact that “borders are imaginary constructions”, it is a real part of that data.

Since Ireland is one of the few English speaking countries that (at least used to) facilitate the entry and issuing of VISAs for language students, granting the possibility for working up to 20 hours per week, and with one of the highest minimum wages in Europe, it quickly became a very attractive destination for middle class Brazilians. Notably, people who wanted to improve their English and have an abroad experience, and who could afford the three thousand Euros requirement to enter.

The Brazilian community in Dublin alone is huge. It’s impossible to walk along O’Connell Street or any streets in the city centre, as a matter of fact, without hearing multiple people speaking Brazilian Portuguese. But if that could count as a warmer sign that, here, Brazilians would not feel the cultural isolation faced in other countries, from another side there aren’t many opportunities for Brazilians to come together as a community.

Sure, there are eventual parties and events, but no place to come and discuss or organize our experience as a valid and numerous community in Ireland. I find it very difficult to socialise, for example, due to a number of reasons. As people arrive basically with an established goal in their minds and limited time to accomplish it, they get very busy with work, but also very tired from it. Tired also due to lack of sunlight. It is very hard to form a deeper bound because transit is intense and people leave. Working shifts vary and we can pull all nighters constantly, and be at work when everyone else is partying, or vice-versa.

Also, due to the constant bad weather, the only warm and dry places to go to are places destined for consumerism (pubs, restaurants, malls). However, most places close very early when compared to how long commerce stays open in Brazil. Stores usually close at 7pm, restaurants at 11pm, and pubs at 3am. Most affordable houses come without any shared spaces like a simple living room to receive friends (which are usually transformed in bedrooms with bunk beds to improve renting profit for landlords and fit more people in the house to drop rent, for tenants), and have only micro kitchens. All these details put together can make it harder to create a communal sense of belonging and generate well-being. We have no place to discuss those issues and actively participating in altering the conditions of our migrant lives in Ireland.

Also, the Brazilian Embassy shares the building with other companies, and it does not look proportional to the number of Brazilians in the country. In other cities like Berlin, for example, the Embassy is a whole building with a big salon where they can host events like indoor festas juninas (a regional party with typical food, music and dance, usually done in June or July), etc. In Ireland, available to the general public, the embassy is rather a tiny room in comparison. Besides, it is not very clear and there isn’t a place where Brazilian business are publicised other than the Facebook group “Classificados Dublin”, which is another virtual place focused on sales  instead of human contact and discussion of ideas. Undoubtedly, there are several successful Brazilians in Ireland. The Brazilian icon Gretchen has recently been interviewed by Tatá Werneck, and during that show she confessed that her managing company is based in Dublin, but I never heard of it. And I’ve been living in Ireland for four years, I am interested in arts and involved in arts myself. Who are those people? Where are They?

We are a numerous community and laws being passed in Ireland affect us too. Also, the problems we face in the country are very specific. I miss having a place where we could come together and talk as a community. Some groups who have tried organising this kind of events have failed miserably, like the political group Brazilian Left Front. Since many members of the community not only do not identify as political, but also do not subscribe to the political left, they have rejected several opportunities for debating and coming together. Half of the Brazilian registered voters in the last presidential elections voted for the extreme right, for example. The fact that migrant people voted for a candidate who is against migrant issues only points out the need for Brazilians to look each other in the eye, and to have a calmer place to come together to discuss ideas, ask questions, and talk about the general issues we face as a collective. Out of the internet. It might also be an indicator that, whatever bad circumstances faced here as migrants are considered temporary, and fruit of their own volition, unlike refugees and asylum seekers. These people know that their situation back home is much better, and they can come back to it anytime they want. So they don’t get involved, they don’t want to know the reality and life stories that brought each one of us to where we are today, or worry if everyone else is doing well.

Socialising in pubs might be great for those who just arrived, people who don’t mind competing with the noise, don’t mind the price of alcohol and spending an equivalent to one hour work for a pint or two. Other than this, it gets kind of boring that pubs are the only place to meet, at least for me. Would you agree?