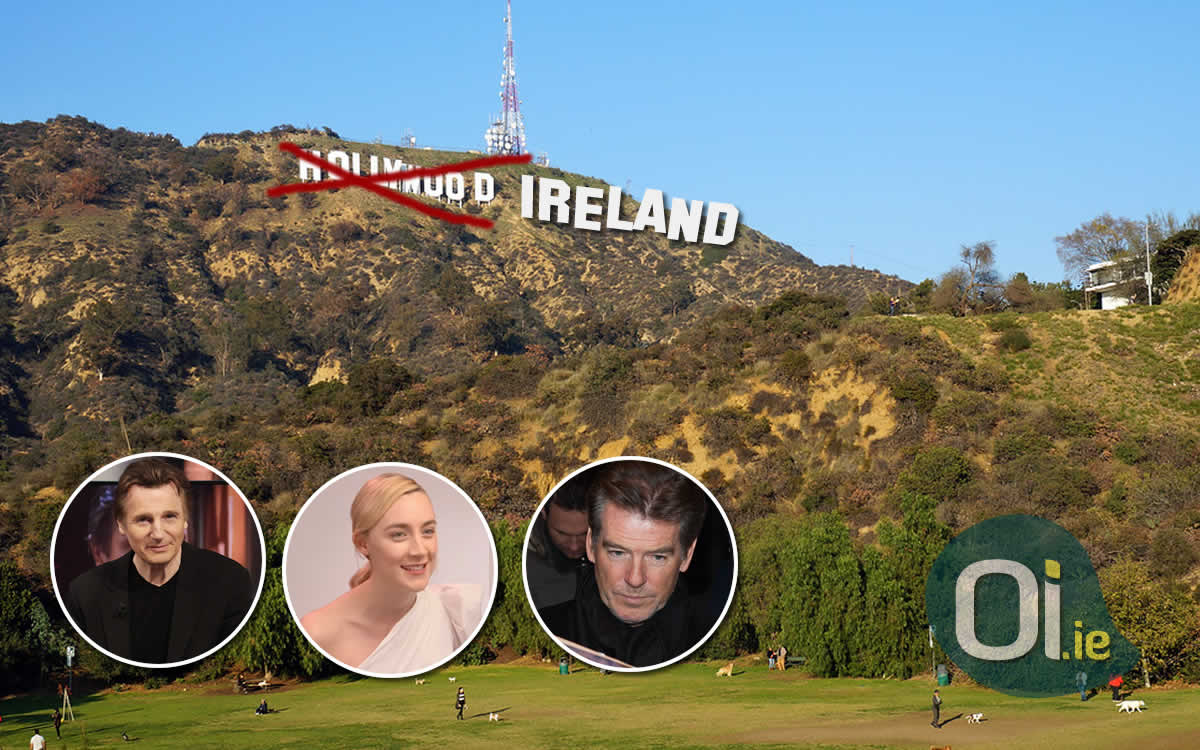 Conor McGregor is a professional mixed martial artist signed to the UFC. A former 2 time champion he’s known worldwide as a controversial figure. McGregor comes from a tough background in the working class district of Crumlin in Dublin. He’s since become successful in the business world and his whiskey brand “Proper Twelve” is named after the city area code, Dublin 12.

Bono, who’s real name is Paul Hewson is best known as the lead vocalist of rock band U2. Along

with his musical career Bono is very active in raising awareness of various global causes such as poverty and inequality. Bono grew up in the Finglas area of north Dublin and now lives in Dalkey, one of the more exclusive areas in South Dublin.

After her birth in New York to undocumented Irish parents Saoirse moved to Ireland aged 3. After a childhood raised in County Carlow and primarily Dublin she went on to become one of the most successful actress of her generation.

Niall Horan came to fame after auditioning in the UK hit TV series “The X Factor”, as a member of the boy band One Direction. After the band split in 2016 he’s gone onto a successful solo career, with hit singles across Europe, America and further afield.

Roy Keane forged a hugely successful career at Manchester United, captaining the team during its most successful period ever between the 1990’s and 2000’s. Known as a controversial player who walked out on the Ireland team at the 2002 Word Cup he went into management after retiring and is arguably Ireland’s best ever player. He now works as a football pundit and is known as a cult figure for his strong beliefs and tough stances.

At only 22, McIlroy became the second youngest World Number 1, after winning a number of competitions in the previous year, including the US Open. Now aged 31 Rory remains one of the world’s top golfers.

Known for his roles in movies such as Schindler’s List and Taken Liam Neeson is one of Ireland’s best known actors. While he now holds US citizenship Liam was born and raised in Ireland, and worked in his early years at a Guinness factory. After moving to London in 1980, where he lived with actress Helen Mirren he went on to become on of the Hollywood greats with some hugely successful international movies.

Graham is a television and radio presenter and comedian who’s is most well known for his hit United Kingdom based TV show “The Graham Norton Show”. Besides his TV work Norton has built up his own wine brand.

Norton is openly gay and hails from Co. Cork, where he often revisits. He has a holiday home in the west Cork village of Ahakista, a small visit everyone should visit if lucky enough to be in this part of Ireland.

Enya Patricia Brennan, also known as Enya, is an Irish singer and songwriter. She started her musical career in her home county of Donegal with her family’s Celtic folk band Clannad in 1980, a band which formed successful collaborations with other artists such as U2 and others.

Enya is Ireland’s best-selling solo artist and also Ireland’s second-best-selling artist behind U2 – not bad for a country that produced The Corrs, The Cranerries, The Script and boybands such as Westlife and Boyzone. Having sold over 26.5 million albums now lives in the Dalkey area of Dublin, just around the corner from U2 frontman Bono, in a small castle style home.

Brendan O’Carroll is a writer, producer and comedian. While best known these days for his hit TV show Mrs. Brown’s Boy’s he previously forged a very successful career as one of Ireland’s top comedians.

Brendan does a lot of charity work and is considered a true Dubliner despite now residing in Florida. He has a strong Dublin accent and is a proud supporter of Dublin Gaelic Football.

Brendan’s paternal grandfather was a proud republican and was shot dead in his home in Dublin, with two of Bredan’s uncles being prominent members of the IRA.

Mary Robinson is an inspirational Irish independent politician who served as the first woman president and the seventh overall President of Ireland, from December 1990 to September 1997. She was very active in various progressive movements and human rights, eventually leaving her role as president early to take on a role as High Commissioner for Human Rights, a prestigious role within the United Nations.

Mary comes from Ballina in Co. Mayo, and moved to Dublin for her highschool and then political years.

Katie Taylor is an Irish professional boxer and also a former Ireland international footballer. She is a two-weight world champion and the current undisputed lightweight champion, with a 17 win and 0 loss record. She is also an Olympic champion, winning the Gold medal in London in 2012;

The very humble Katie hails from Bray in Co. Wicklow and is a practicing Catholic.