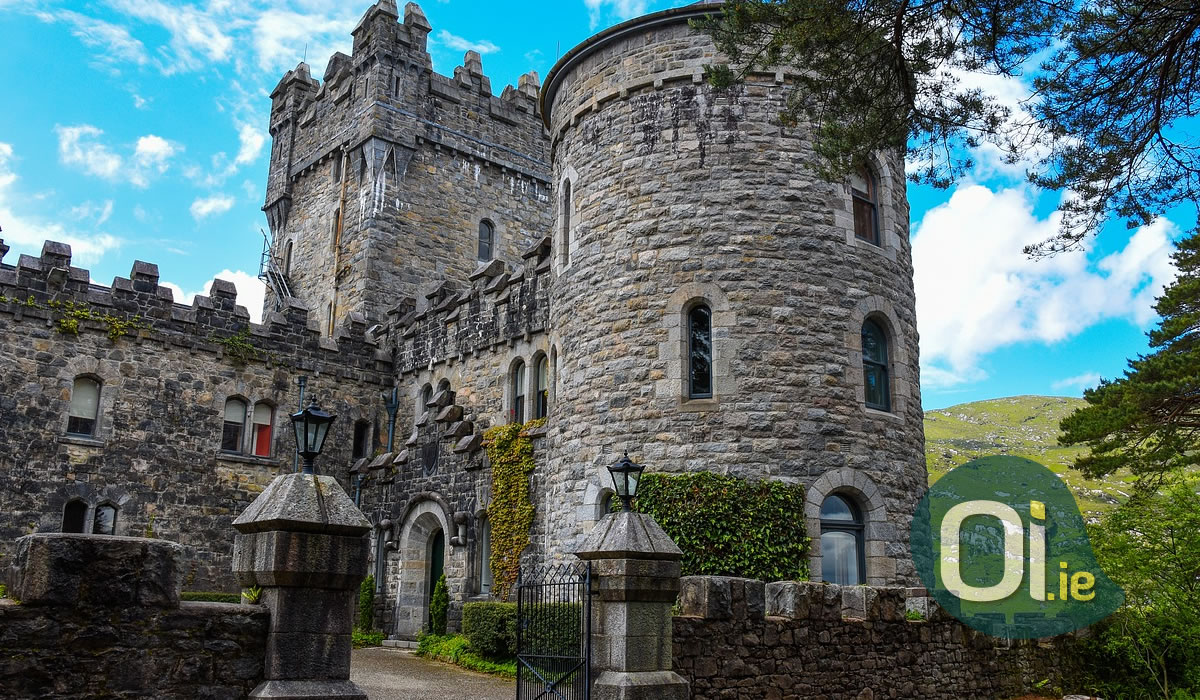 With the price of real estate in Dublin, you can almost think that the spaces offered by the real estate agents are real castles, but no … There is a real castle being sold in Mullingar, in County Westmeath, for a trifle of 5 million euros. Slightly more than a garage in the capital.

Knockdrin Castle was built in the 19th century and has 12 bedrooms and 5 bathrooms. It is believed to have been the first residence in Ireland to have a central heating and electrical system. The 1800m2 property is an hour from Dublin.

The current owner, German Ferdinand von Prondzynski, moved to the castle when he was a child, in 1961. At the time, his father was in poor health and would have to move away from the city, but the farms in Germany were very expensive. The family then moved to Knockdrin, but his father grew tired of the farmer’s life after five years and returned to Germany. The family maintained the property, which was frequented by Ferdinand later, while studying at Trinity College in Dublin. His parents returned to live in the castle during retirement, in the 80s, until the end of their lives.

Ferdinand says he is saddened to sell the property, but that he makes no sense in living in a place this big considering his age and lifestyle. The professor now lives in Aberdeen.

One of the highlights of the castle is the beautiful wooden staircase. Ferdinand says that in 1976, an American couple visited the property and wanted to buy the stairs for $ 100,000. The man said he would dismantle them to send to the United States and build a house around them. He even offered to build a replica at the location of the original staircase. Ferdinand, however, declined the offer.

Another story says that Winston Churchill, former Prime Minister of the United Kingdom, used to visit the property with his parents when he was a child. Later, during the Irish War for Independence, he spent a few months at the residence for some peace of mind.

If the price of 5 million euros is too high for you, there is another castle, also in County Westmeath, selling for 1.4 million euros. The castle of Portlick has 10 bedrooms, 12 bathrooms, a concert hall and a kitchen with a capacity to feed 300 people. The property, however, has a particularity.

They say that the castle is haunted by a ghost known as the “blue girl”. The ghost was seen by the owner and some internet forum users, who shared their experiences when visiting the house. In addition, they say that there is a ghost of a prisoner, who appears in the dungeons below the castle. Keyed up!