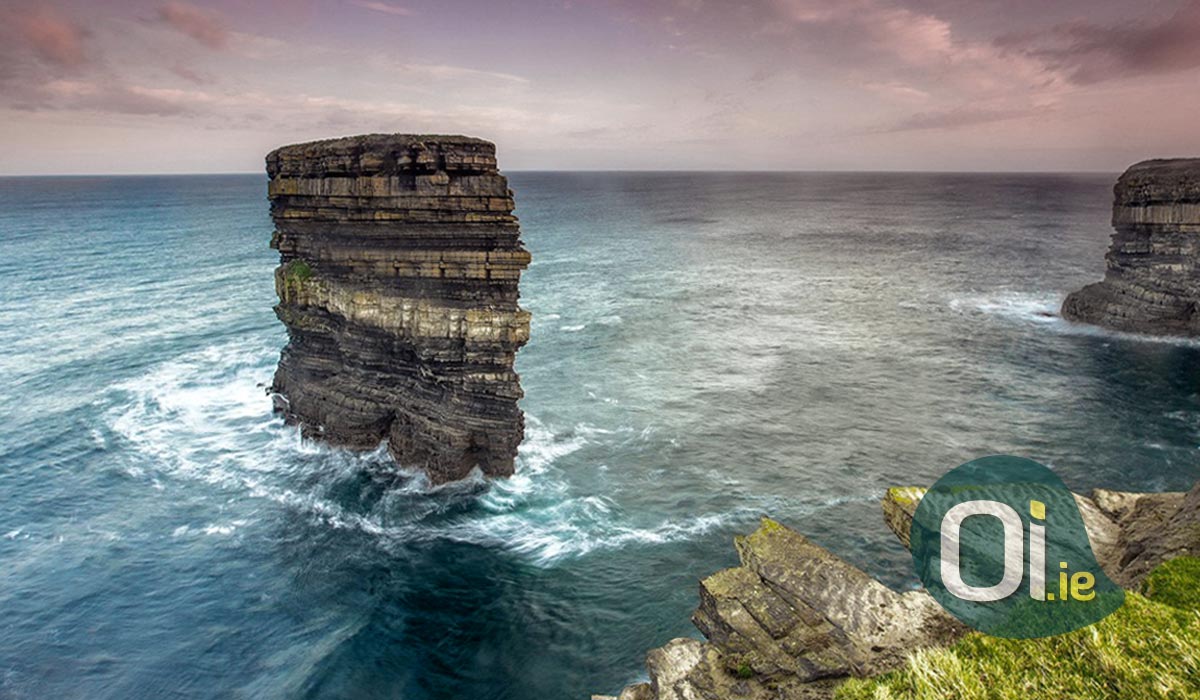 A few kilometers north of Ballycastle, in the county of Mayo, is Downpatrick Head, a small peninsula with huge cliffs and a beautiful view of the Atlantic. The site houses the ruins of a church that would have been founded by St. Patrick, but is perhaps best known for Dun Briste, a gigantic stone column about 50 meters from the coast.

Legend has it that the distaff, which is about 45 meters high, was separated from the coast by St. Patrick himself, when a pagan who lived there refused to convert to Christianity. Another legend says that St. Patrick was disturbed by an ogre called Geodruisg, so he prayed and caused the stone to be detached, leaving ‌Geodruisg isolated forever.

The separation, however, was the result of a strong storm in 1393, which caused the arc that connected the two parts to collapse overnight. It all happened so fast that some residents were trapped and had to be rescued with ship ropes. The name Dun Briste, which means “Forte Quebrado”, refers to this episode.

Another interesting geological formation is Poll Na Seantainne, or “Buraco do Fogo Antigo”, a kind of cesspool created by the constant crash of the waves against the rocks. The water enters strongly through an underground cave and creates an opening in the surface. When the sea is rough, it is possible to see water vapor coming out of the hole, as if it were a geyser, which explains the name.

Downpatrick Head was also an important watch post during World War II, used to monitor any type of movement at sea. It is still possible to see on the surface the inscription “EIRE 64”, which was used to indicate to airline pilots that they were entering Ireland, a neutral territory at the time. Eire is the name of the country in Gaelic, and 64 was the post’s identification number. There are 83 similar outposts spread across the coast of Ireland.

Today, Downpatrick Head is highly sought after by tourists, climbers, bird watchers and pilgrims. Every year, thousands of religious go to the site during Garland Sunday, a pilgrimage day in honor of St. Patrick, always celebrated on the last Sunday of July.

The best way to get there is by car. Downpatrick Head is 35 minutes from Ballina, the main town in County Mayo. There is a visitor parking just a few minutes walk from the tip, where you can see Dun Briste and the ruins of St. Patrick’s Church. Be careful when getting close to the edge of the cliff, as there are strong winds in the place.