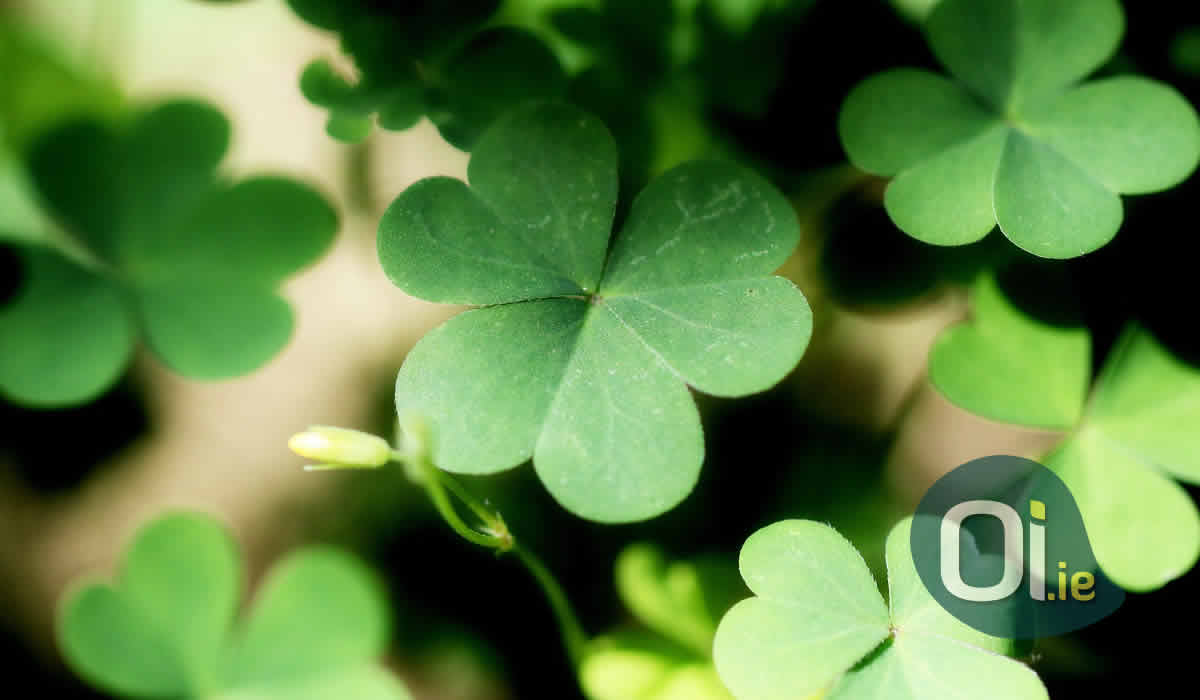 A land inhabited by a people full of histories and traditions, Ireland has a rich and ancient culture. Part of this culture can be seen in its symbols. Today, we are going to introduce you to the most popular Irish symbols. In this way, we can learn a little more about the traditions of this people.

Much of Irish culture is directly linked to the Celtic people, who were formed around 1200 BC. Even today, the Gaelic language and other symbols of Celtic culture remain as icons of the identification of this people.

Without a doubt, when you think of the Irish, or the Celts, you imagine the green clover. Perhaps you remember the Celtic football team or the Boston Celtics (an NBA team founded on Irish influence), teams that hold Shamrock in their shields.

This symbol is directly linked to Celtic traditions, as a symbol of luck. Later, according to tradition, Saint Patrick used this symbol to speak of the Christian trinity, further strengthening this symbol with the country. Later, Shamrock came to be used as a symbol of nationalism and resistance.

The Irish harp, or Celtic harp, is a symbol of royalty. On the coat of arms of the United Kingdom, Ireland is represented by a harp. Interestingly, Ireland is the only country in the world that has a musical instrument as a national symbol.

Many Irish companies place the harp in their emblem. Furthermore, many Irish documents have this symbol in their material. The Guinness brewery and the airline Ryanair use the harp as a visual identification, associating the company with the country.

Although it is not easy to identify the harp’s oldest associations with royalty, it is known that around the year 1000, the instrument was associated with Brian Boru, the last Irish king.

A playful elf, who likes to drink and play pranks with greedy people, this is the Leprechaun. Present in children’s story books, wrapping paper, television and all of Ireland’s children’s imagination. We could compare it with saci here in Brazil.

There are many myths about its origin, however, the oldest account dates from the 8th century, in the story “The Death of Fergus mac Leiti”. Today, Leprechaun is an Irish symbol of luck and prosperity. The character is very celebrated on the traditional St Patricks Day, the biggest holiday in Ireland.

Also known as the Celtic cross, it is a cross with a circle at the top. It is seen in many buildings and businesses in Ireland. Incidentally, this symbol is also widely seen in Scotland, a region that is also influenced by the Celts.

Although it is not possible to state its origin, most historians believe that the Celtic cross symbolized the moon and the sun, worshiped by the Celts. Later, Christians took advantage of this symbol to preach the Gospel.

This is another symbol of Ireland with a strong connection to Celtic culture. The ring would have appeared in the 16th century, in Galway, with the purpose of being given to a loved one.

Legend has it that a Galway sailor was kidnapped by pirates and sold into slavery. Then, in Algeria, where he would have been a slave for 14 years, he learned the trade of goldsmith. During this period, he produced this ring to give as a gift to the woman he intended to marry before being kidnapped. When he gained his freedom, the sailor offered this ring to his sweetheart and they were married.

Based on this story, the ring is widely used as a wedding, engagement and even friendship ring.

These are five of Ireland’s most popular symbols. When you are on the Emerald Island you will also notice the use of many other symbols such as:

Did you know any of these symbols? Tell us what your favorite Irish symbol is.