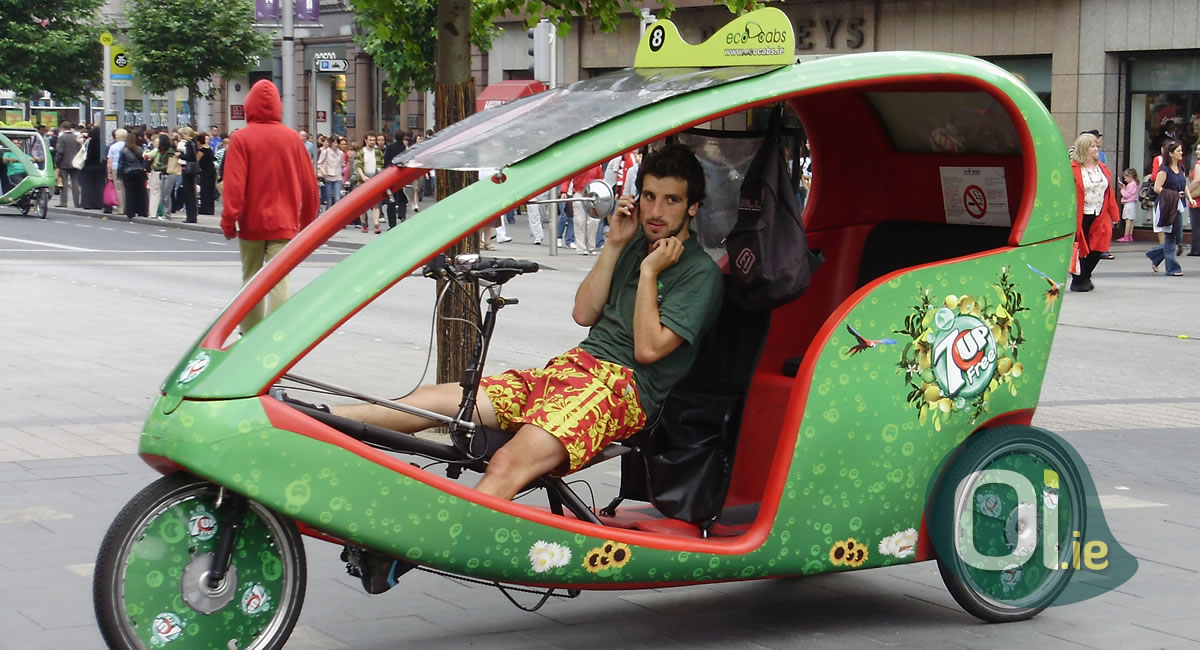 A police crackdown in Dublin on drug offences last week has resulted in the arrest of eight rickshaw drivers, most of whom were Brazilian. The operation has yielded approximately €3,000 euros in seized drugs.

This action was carried out in conjunction with Pearse Street police station and the Irish Taxi Regulator. Numerous searches were undertaken in the center of the capital after reports of rickshaw drivers being used by larger drug gangs in Dublin.

Such a situation is not new in Dublin, in February of the previous year a female driver rickshaw was arrested with ecstasy tablets to the value of €4,000. She had her prison sentence suspended on condition of leaving the country.

Furthermore, in the same year, a public note warning about the risks to the safety of passengers using the rickshaws were issued by the Dublin City Council.

Rickshaws, which can be described as motorized bicycles, are a form of popular transportation for citizens who enjoy enjoying the downtown nightlife from Dublin city.

Given such events, several politicians have already pleaded for regularization of such means of transport or their complete prohibition