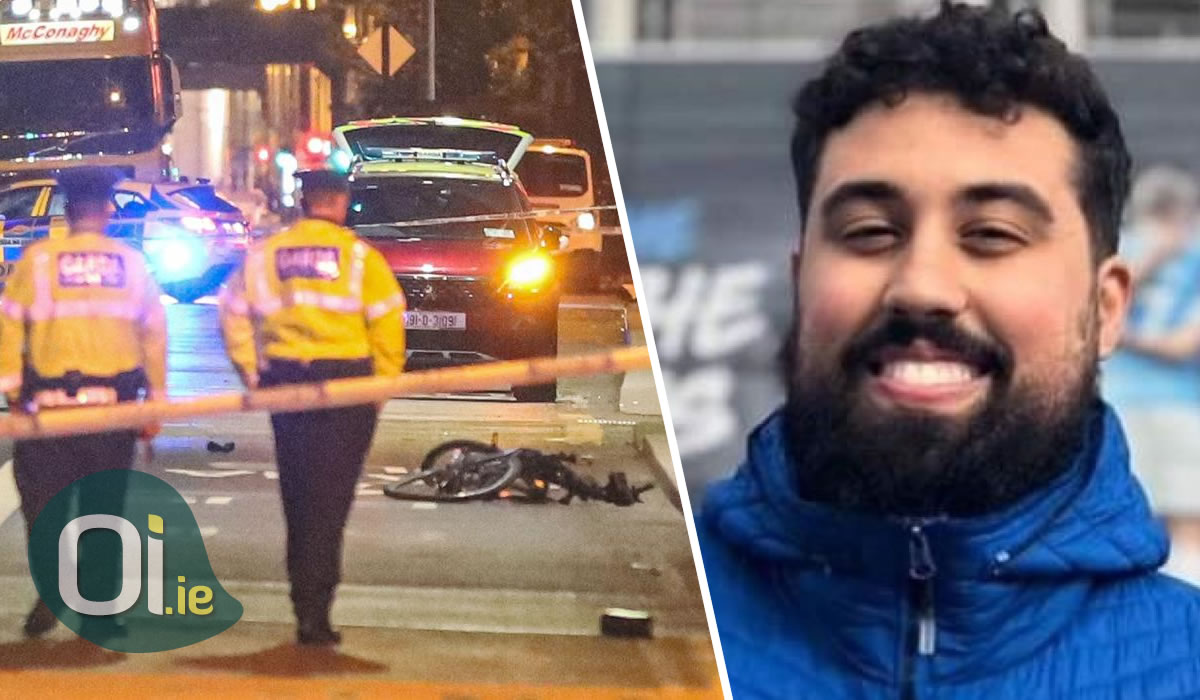 A 16 year old boy has been arrested for dangerous driving by police who are investigating the death of innocent Deliveroo cyclist Thiago Cores, in a hit and run incident on August 31st.

The child, who comes from the north inner city is suspected of being the driver of the car, which was purchased earlier that day. The car had no tax, no insurance and no NCT, and had been seen driving recklessly around the city for some time proper to the incident. The car was said to be purchased by the suspected 4 teenagers involved, for a minimal amount and questionable purposes, with the car not fit for regular road usage. In addition the minimum age of driving in Ireland is 17 and that’s with fully licensed driver supervising.

The car was also found abandoned a short distance away after the hit and run, which resulted in the death of much loved Thiago Cortes, who had moved to Ireland in 2018. Cortes had planned to get married later this year until the events of the night. None of the occupants of the car stopped to help after Cortes was seriously injured from being struck, he passed away at the Mater Hospital as a result of his injuries.

In the days and weeks following the incident none of the suspects admitted to the events of the night or helped with investigations, despite police investigators being confident of the identity of the occupants.

It’s suspected there were three other teenagers in the vehicle at the time of the incident, with none of the other occupants yet being arrested, despite being questioned by police. Solicitors representing all four suspects have so far refused to comment.

After the incident a large number of people attended a vigil in honour of Cortes, who was a very popular and respected individual in Dublin, within both the Irish and Brazilian communities. The vigil passed the city’s main street, O’Connell Street, where crowds of people called for Mr Cortes.

Organisers also raised vital funds for the repatriation and legal costs of Mr Cortes through a GoFundMe page, proper to the tragedy.

Let’s hope we can trust the Irish justice system, with more and more crimes against law abiding citizens being committed by lawless youths in Dublin, who seem to act above the law.