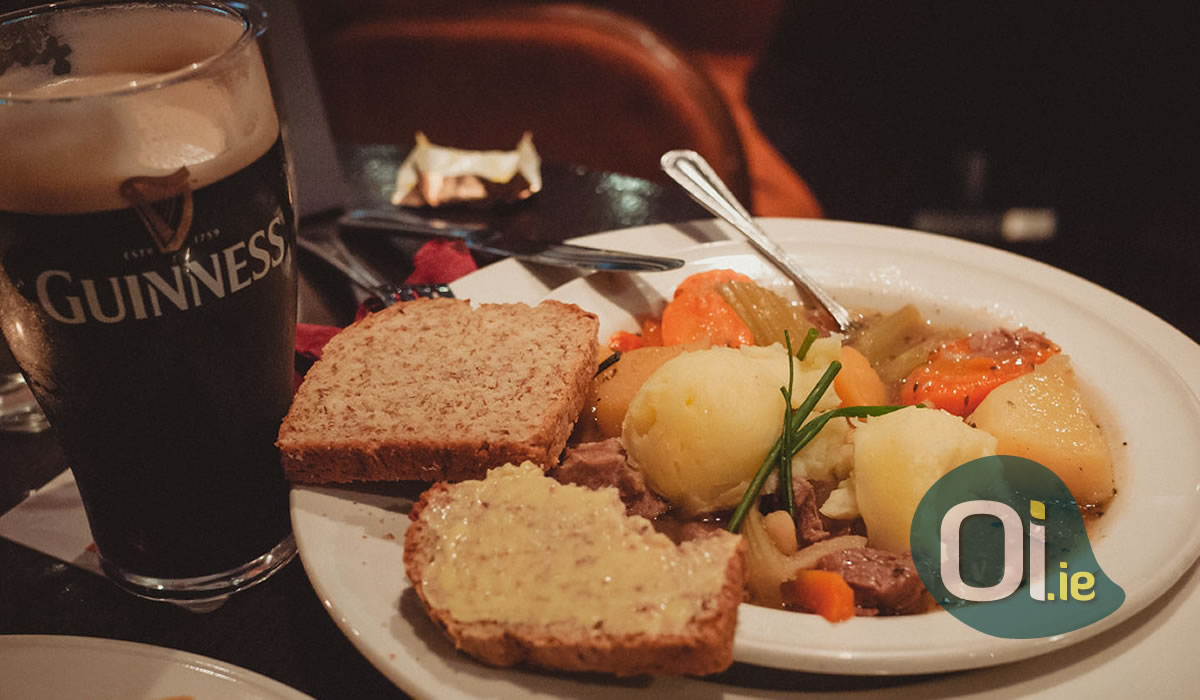 If you think Irish cuisine is all about beer and potatoes, you thought it was wrong. Irish cuisine has delicious dishes and very old recipes, which are passed down from generation to generation in families. Check out some of the dishes you need to try in Ireland:

A kind of potato pancake, similar to rösti. It is prepared with 70% grated potatoes and 30% other ingredients – usually flour, milk and salt – and fried in butter. The name comes from the term arán bocht tí , which means “bread from the poor house” in Gaelic. It is very common for breakfast, usually accompanied by bacon or sausage.

A very creamy type of mashed potato, prepared with cabbage, onions and a lot of butter. It can also be prepared with bacon, and usually accompanies other dishes. It is a very common recipe, as it has always been very cheap to prepare, with ingredients available all year. During Halloween, it is tradition to hide coins inside the plate. So finding them would be a sign of good fortune.

This stew is usually prepared with sheep or lamb meat and vegetables, such as carrots and potatoes. There is no single recipe, so there are many versions of the same dish – some even use Guinness in the broth! Oh, and a curiosity: this was one of the options on the menu for passengers of the third class of the Titanic.

Also known as Dublin Coddle, this dish is usually prepared with leftovers from the week’s meals. There is no standard recipe, and the ingredients depend on what is available in the refrigerator, but the most common is to prepare it with chopped sausage, bacon, potatoes, onions and the most diverse spices, resulting in a stew with colors and aspects that can vary.

Each smokehouse (smokehouse) has its own technique for smoking salmon. The process is almost a ritual, so the ingredient is considered a refined delicacy. Some of the most famous smokers are Burren Smokehouse and Connemara Smokehouse, but you can also find it in supermarkets. The Irish Times even did a better smoked salmon ranking Ireland’s cost-benefit ratio.

A type of batter, prepared with the blood and fat of the pig, in addition to cereals, such as oats or barley. The main difference with this straw is that it takes much more cereal than those prepared in the rest of the world. It can be roasted, grilled, fried or eaten cold, and is part of the traditional Irish breakfast. If you rolled your stomach while reading the description, try white pudding , which contains no blood in the composition.

As an island, Ireland catches the most diverse types of seafood, even being the subject of the famous song Molly Malone , which became an unofficial Dublin anthem. Galway is especially known for its seafood festival , in September, which is the oldest in the world.

Speaking of seafood, this seafood soup is very common on the west coast of Ireland. In the past it was known as “poor people’s food”, but things have changed, and today the dish is very much appreciated. The recipe is prepared with the most diverse types of seafood, and the broth is very creamy.

We could not leave out the famous soda bread , traditional Irish bread prepared with just four ingredients: flour, salt, milk and baking soda. Before baking, it is common to draw a cross on top of the dough with a knife. Legend has it that the cross serves to scare away demons and protect the house. But in fact, the cross helps the heat to penetrate the thicker parts of the bread, and allows the bread to grow more easily.