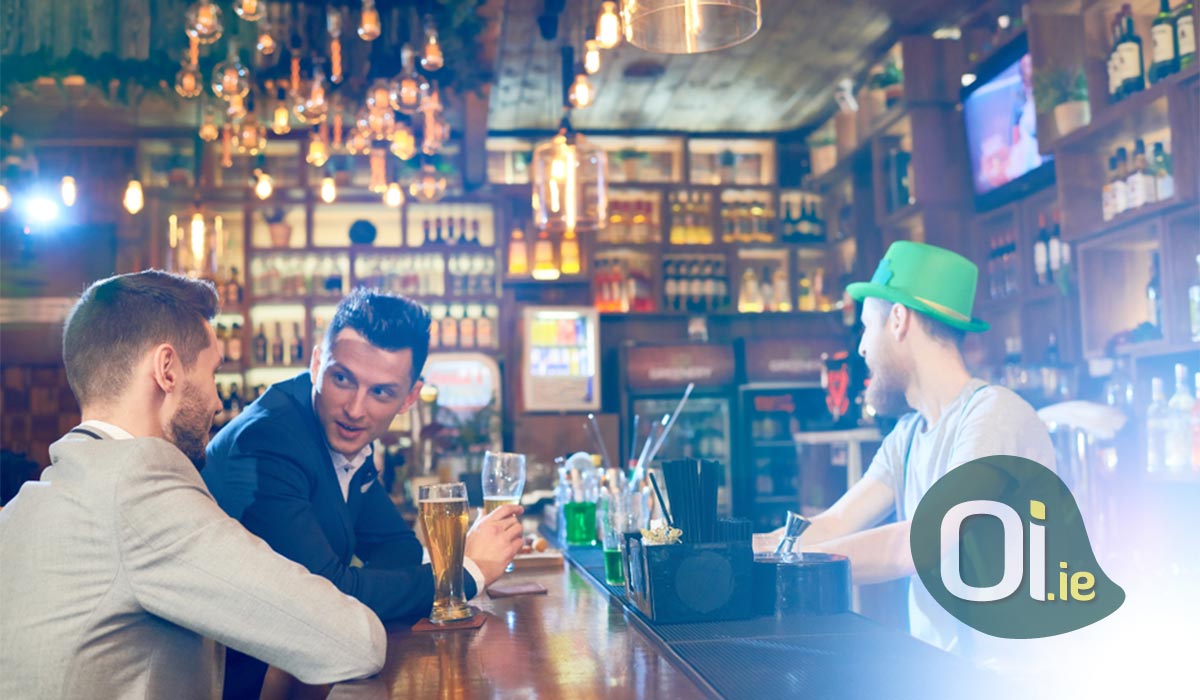 Like all languages, the English spoken in Ireland has some regional variations that are not limited to the accent alone. There are a number of slang and expressions that are often used by the Irish and speak volumes about their history and culture. Knowing them is an important step for anyone learning the language and wanting to become fluent.

Meet 10 English expressions that are typical of Ireland:

Possibly the most Irish expression of all. It is very common to hear “What’s the craic?” (What’s the good?) among the Irish, which can be a way of asking how the person is, or if they have any news to share. Craic can also mean a conversation, a program between friends – or “role”, as Brazilians like to call it. For example: “We had a great craic” (The conversation was great) or “They’re great craic” (They are great company). There is no translation for the word, so the meaning depends on the context.

Kip generally refers to a nap or nap in any place other than a bed, but the expression can also be used to describe a run-down, ramshackle place. For example: “That bar was a bit of a kip” (That bar was falling apart). The word comes from the Dutch kippe, which means a hut or tent. In the 19th century, it was used in the UK to refer to the pensions where beggars lived.

This term has many uses and may confuse some newcomers to Ireland. While in English grand means “grand” or “magnificent”, in Ireland it usually means “okay” or “beauty”, usually in response to a question. For example: “How are you? – I’m grand” (How are you? – I’m fine) or “We will meet you there – Grand!” we found it there – Great!).

In Ireland, if someone says they go to the Jacks, it means they go to the bathroom. Nobody knows for sure the origin of the expression. Some believe it is derived from jakes, a term used during the Tudor period to refer to ancient latrines and toilets. The expression is quite informal and is generally used to refer to public restrooms. For example: “I’ll be back in a minute, I’m going to find the Jacks” (I’ll be right back, I’ll go find the bathroom).

Be careful not to confuse the jacks with jackeen, which is a derogatory term used to refer to the people of Dublin. Some say that the expression is derived from the name Jack, a common nickname for the names James and John in English. Others suggest that the term refers to the Union Jack, the flag of the United Kingdom. At the time of the Empire, Dublin was the center of English rule in Ireland, so the people of the capital came to be known as Jackeens, or “Little Englishmen”.

Pale means “pale”. But in Ireland, The Pale is a term used to refer to the area around Dublin. This is because, during the Norman invasion of Ireland, the capital came under British control and was separated from the rest of the territory by a fence (palisade, in English, or just pale< /em>). Thus, the expression beyond the pale (beyond the fence) was used to refer to the entire territory outside Dublin that was considered uncivilized.

Maybe this is the best translation for “zoar”, as we use it in Brazil. In Ireland, to slag someone means to make fun of someone, with no intention of offending. For example: “Relax, he was only slagging you” (Relax, he was just making fun of you). But be careful: slag means “whore” or “slut” in England, which is pretty offensive.

This is one of the many expressions used in Ireland to say that one is drunk, as well as locked, moudy, ‌fluthered, ‌langers and many others.