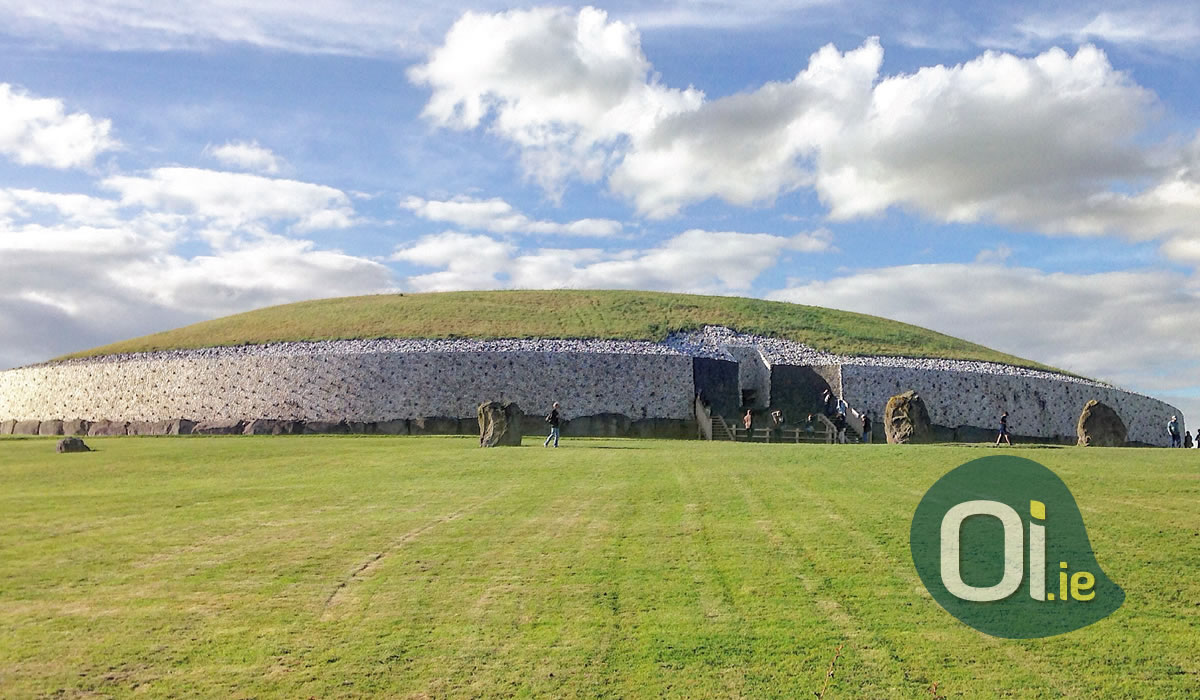 For those who think they have already seen all that Ireland has to offer, Lonely Planet – the most famous publisher of travel guides in the world – has launched a list of alternative places to visit in the country. They are less known places, but no less spectacular.

County Meath, less than an hour from Dublin, is home to some of the most important prehistoric monuments in the world. One of the most famous is Newgrange, a circular-shaped building that is older than Stonehenge and the pyramids of Egypt. There are 16 km from there you can also visit Fourknocks, a tomb built more than 5000 years ago. The ruins have several inscriptions on the stones, including the oldest representation of the human face of Irish prehistory. To visit, you must take the key with the White family, who live a few kilometers away and are responsible for the place.

The small island of Dursey, west of County Cork, is famous for the beautiful scenery, the wide variety of birds and butterflies, and the dolphins and whales that visit the place regularly. The best way to get to the island is by cable car, as the waters of the Dursey canal are very turbulent. The cable car is the only one in Ireland, and has a capacity for six people. The journey takes 8 minutes to be covered. The attraction is open throughout the year, and the times can be checked on the website. The island has some inhabitants, but it is good to bring water and food, as there are no shops there.

Wicklow: wine tasting in the mountains

Ireland is famous for beer and whiskey, but the country also produces good quality wines. One of the most famous wineries is Wicklow Way Wines, which produces wines on a small scale using fruits such as raspberry, blackberry and strawberry. Móinéir wine – which comes from the Gaelic word for “field” is awarded and appears on the menus of Ireland’s most sophisticated restaurants.

The winery is located in the Wicklow Mountains, 15 minutes south of Dublin. Anyone interested can make a tour, which shows the visitor the production, fermentation and bottling processes, followed by a harmonized tasting with artisanal chocolates and cheeses.vThe cost is 25 euros per person, and reservations can be made through the website.

The scalloped coastline of Connemara is famous for its beautiful beaches. One is Mannin Bay beach, known for having a coral reef, but a little different from those in the Caribbean. The corals on this beach are not formed by animals, but by dried algae and the remains of crustaceans, mollusks and sponges. The beach of clear sands and crystal clear water is also a starting point for activities such as snorkeling and kayaking. Connemara is part of the Wild Atlantic Way, a 2,500-km route that runs along the west coast of Ireland from north to south, with about 1000 attractions and more than 2500 activities along the way.

The Mayo Dark Sky Park is one of the best places in the world for stargazing, earning the Gold certification from the IDA – International Darksky Association in 2016. The sky is clean and free from the city’s light pollution. When the weather is favorable, you can see over 4500 stars, as well as other planets in our solar system, without using any equipment. The park covers a large area, but there are three main points of observation that can be easily accessed by car.

Famous for the cliffs and caves, this area in County Clare is very popular for water sports, such as surfing, kayaking, diving and stand-up paddle. The region was considered by the Irish Times to be the best place to holiday in Ireland. There is a lot to do on site, including trails, horseback riding, dolphin watching, etc. Those who want more adrenaline can practice coasteering, an extreme sport that combines rock climbing, swimming and cliff jumping. The practice is done with special clothing and supervised by a professional guide.

The first record of this cave was found in a 19th century manuscript, where it was known as “the darkest place in Ireland”. However, the site was famous for being the scene of a massacre in 928 B.C., where about 1000 people, mostly women and children, were killed. People were taking refuge in the cave when the Vikings set fire to the place to bring them out. Several Viking artifacts such as silver coins and ingots were found at the site. The cave is 10 km from Kilkenny and can only be accessed through a guided tour. Information such as prices and times can be consulted on the website.

At Irish National Heritage Park in Wexford, you can spend the night in a medieval fort built over 1500 years ago. Guests sleep in farmers’ houses, which hold six to eight people, and are built with stone walls and thatched roofs. In addition, visitors are given typical clothing from the era and instructions on how to live like a legitimate medieval farmer, including cooking with a fire and defending the home from potential invaders at night. More information and reservations can be obtained through the website.

The Elphin Windmill, in County Roscommon, is the only mill that has been fully restored in western Ireland, and is possibly the oldest in the country. The mill was built in the 1730s and operated for 100 years grinding wheat and nuts from farmers in the region, but was abandoned during the Napoleonic wars, when the price of flour fell in Europe. The building was restored by the local community and reopened to the public in 1996. At the reception, visitors find explanations about the mechanism of the mill and a museum with several machines used by agriculture at the time. The place is also often used as a backdrop for photo books.

Sliabh Liag: Walk in the Heights

With a height of 601 meters – three times more than the famous Cliffs of Moher – the cliff in Sliabh Liag (or Slieve League) in County Donegal, is one of the highest in Europe. The most famous observation point is Bunglass, where visitors can take spectacular photos with the view of Donegal bay in the background. You have to take a short walk to get there. The place is also popular with trails, such as Pilgrim’s Path and One Man’s Pass.