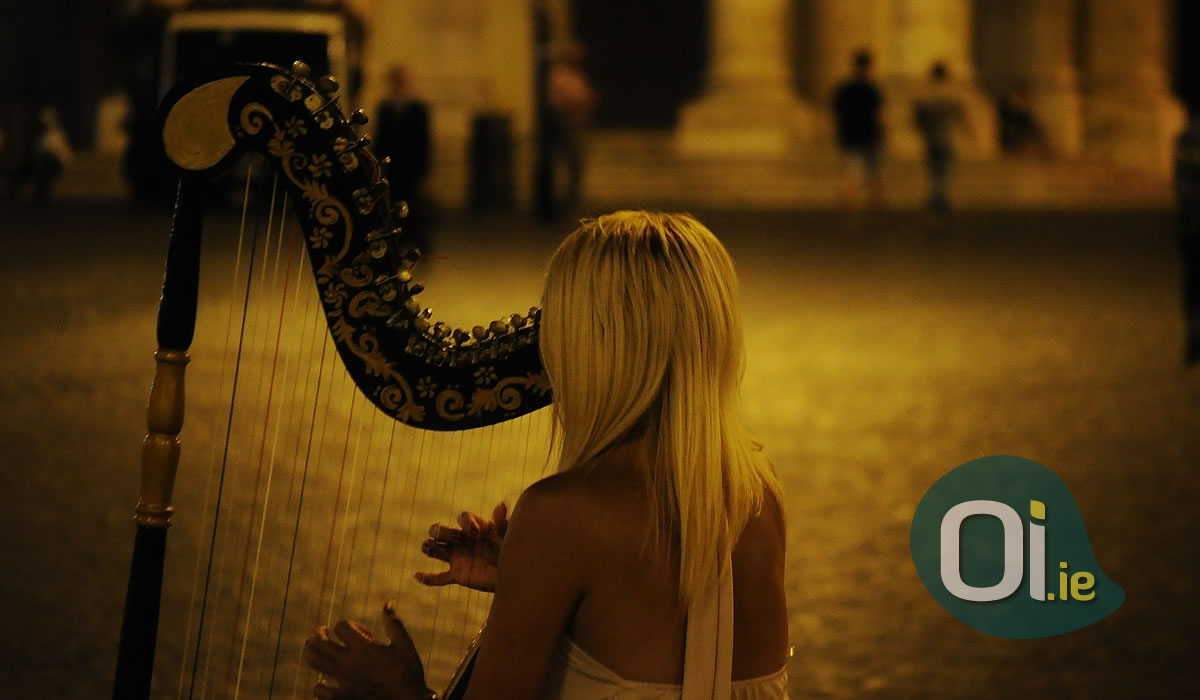 Many think that the shamrock (clover) is the symbol of Ireland, and in fact is one of the most recognized icons inside and outside the country. However, the official emblem of Ireland is the harp, a musical instrument that has a strong connection with the culture and history of the island.

The harp can be seen on all Irish passports, on Euro coins, on the presidential seal and on many official documents. And the coolest thing: Ireland is the only country in the world to have a musical instrument as a national symbol.

The origin of the symbol

In the past, the harp was highly prized by high Gaelic society, and harpers enjoyed high social status, being as respected as poets. When Henry VIII of England became king in 1531, he declared the instrument the national symbol of Ireland, even placing it on the coins.

But as time went by, the harpers lost their status. The harp became a symbol of resistance against the United Kingdom, and was even banned. Thanks to the few musicians left, the harp tradition survived, and the instrument stamped the Irish flag during the revolution. When Ireland gained independence, the government wanted to make the symbol an official emblem, but there was a problem: the symbol had already been registered … by Guinness.

The brewery had registered the harp as its brand in 1862, long before the revolution. As a solution, the government had to invert the harp (from left to right), so that it didn’t look like beer.

Anyway, both the Guinness logo and the national emblem are inspired by an old 14th century harp, which is now on display in the Long Room of the library at Trinity College in Dublin, where the rarest and most valuable pieces of the collection are kept. Many believed that it belonged to Brian Boru, the last king of Ireland, who lived in the 11th century, but this theory has already been disproved, since the harp is much more recent.