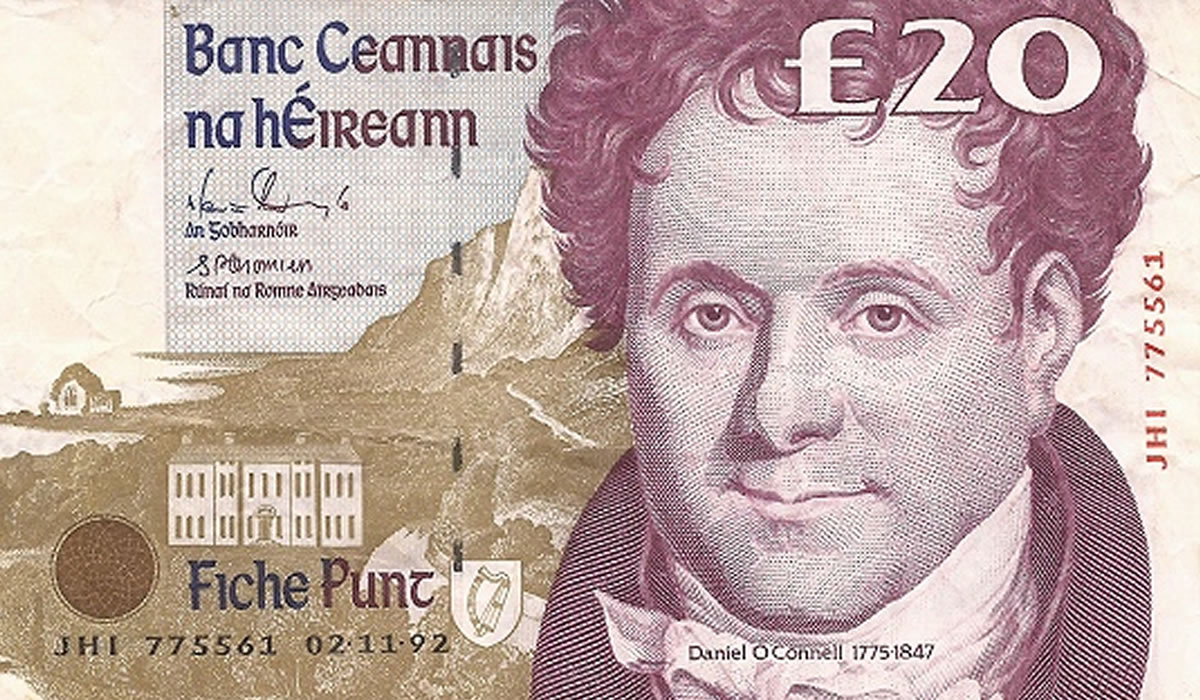 The euro (€) is the official currency of Ireland and 19 other European Union countries. The currency was introduced in 1999 to facilitate trade between members of the bloc. In Ireland, the euro came into circulation in 2002. Before that, the currency used in the country was the Irish pound (£).

The Irish pound was introduced in 1928, six years after independence from the United Kingdom. Despite being different currencies, the Irish pound and the British pound had the same value (1: 1). In the beginning, there were no cents – a pound was divided into 20 shillings or 240 pennies . It was only in 1971 that the pound was decimalized, on a day that became known as Decimal Day , being divided by 100.

The equal relationship between the Irish pound and the British pound continued until 1978, when Ireland joined the European Monetary System (EMS). As a result, the exchange rate of the Irish pound started to fluctuate according to market conditions, breaking the parity of value with the pound sterling.

At that time, the European Monetary Unit (ECU) was created as a way of controlling the large fluctuations in the exchange rate, caused by the economic instability of the 1970s. Each European currency had a fixed exchange rate that corresponded to 1 ECU. Although not a real currency, since it was only used electronically, the ECU was the precursor to the euro.

After a decade of preparation, the euro was officially launched on the market on 1 January 1999, but the transition did not happen overnight. During the early years, the euro was an “invisible” currency, just like the ECU. A fixed exchange rate has been established for all European currencies to assist with the change. One euro was equivalent to 78 cents of the Irish pound.

It was only on 1 January 2002 that the euro began to circulate in Ireland and 10 other countries, replacing the old currencies for good. At first, the exchange caused a bit of confusion, as many people believed that prices had gone up, thinking that traders were taking advantage of the situation. But in reality, the currency exchange coincided with a period of economic boom in Ireland, which caused inflation to rise sharply. To avoid disagreements, many traders showed prices in euros and also in Irish pounds.

Today, the euro is the second most traded currency in the world, behind the US dollar only. At the end of 2019, there were more than 1.3 trillion euros in circulation. Each country can issue its own currencies with its own characteristics. On the back of Irish coins, for example, the coins have a harp, a traditional Celtic symbol, and the name of the country in Gaelic – Éire.