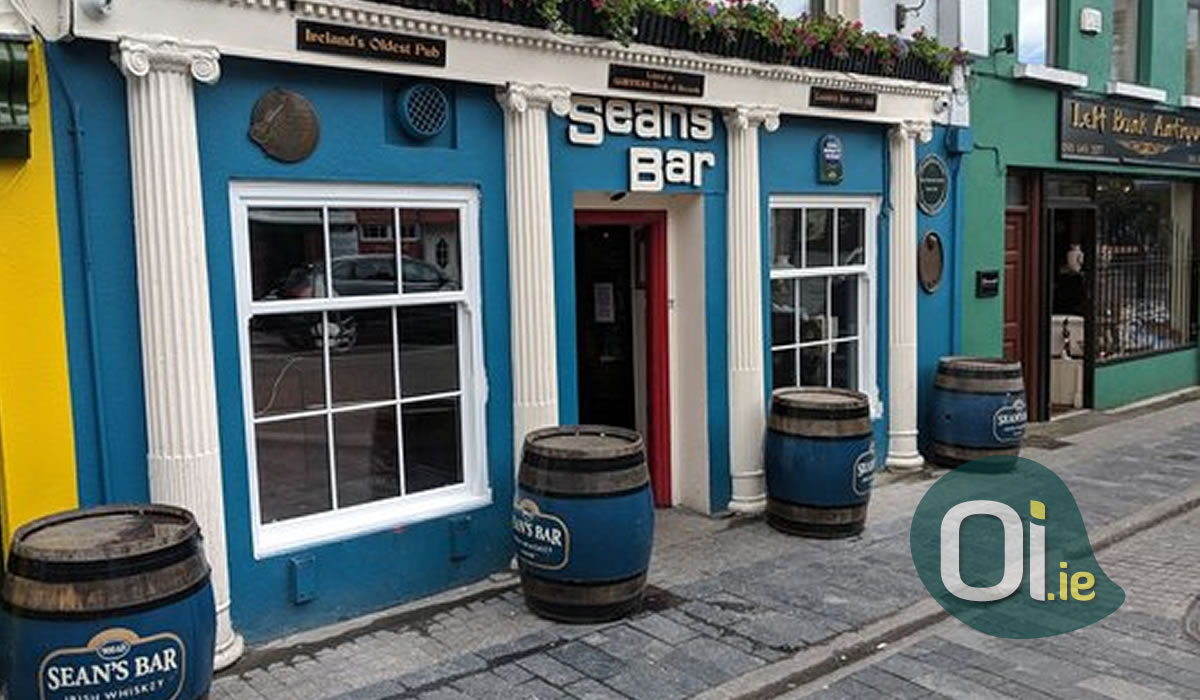 Ireland is world famous for its pubs. It is estimated that there are more than 7,000 establishments nationwide, according to a 2017 report. The writer James Joyce, in his book Ulysses, stated that “it is a challenge to get through Dublin without going through at least one pub”.

Pubs have been part of Irish history and culture for many centuries as places to eat, drink and watch sports, as well as celebrating weddings, birthdays and even funerals.

What few know is that (perhaps) the oldest pub in the world is here. Sean’s Bar, in the city of Athlone. This bar is known as the oldest pub in Ireland, operating since 900 BC, more than a thousand years ago, being older than the creation of whiskey itself. The pub is also considered the oldest in Europe, having received the title of the Guinness Book, the book of records.

The National Museum of Ireland is now trying to prove that Sean’s Bar is the oldest pub in the world, but this process may still take a few years.

Located on the banks of the River Shannon, the longest in Ireland, the establishment emerged as a warehouse at a strategic point on an important trade route. The pub’s floor is slightly sloped towards the river, as this was the only way to drain the water when it rained a lot and the river flooded the region.

Over time, the building has been renovated several times and has passed through the hands of several owners. Today, the place has become a popular tourist attraction, and has hosted celebrities such as actor John C. Reilly and members of the band U2. Part of the story can be seen on the walls of the pub, where some historic artifacts are on display for the public.