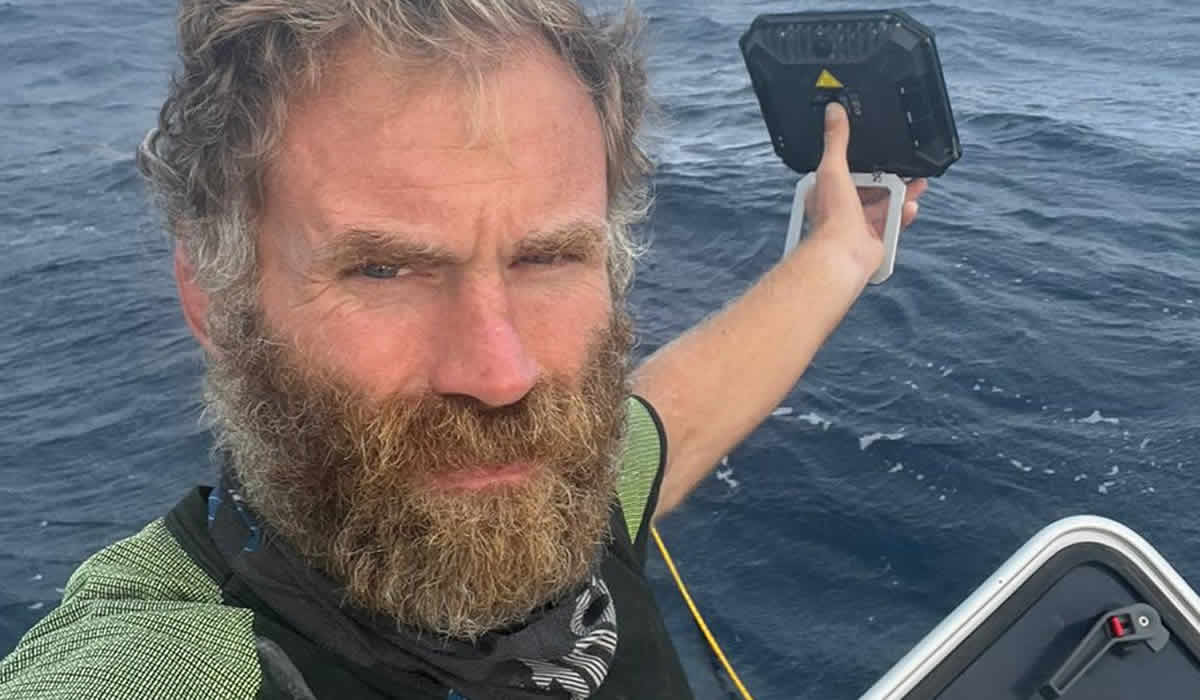 The desire to break records and challenge one’s fears is a characteristic of human beings. Motivated to conquer his fears, former Irish rugby player Damian Browne accomplished an unprecedented feat in the last week.

The Irish athlete became the first person to cross the North Atlantic alone in an unsupported rowing boat. He left New York, United States, and arrived in Galway, Ireland, after spending 122 days rowing 5,000 kilometers on the high seas. A curious detail about the feat is that Browne cannot swim.

Since retiring from rugby, Browne, 42, a Galway resident, has embarked on a routine of extreme activities such as climbing and rowing. He explains that his main motivation for carrying out these challenges is to maintain good physical condition and good mental health.

When starting his project, the Irishman teamed up with Fergus Farrell to start training in New York. Basically, his training consisted of sailing the Hudson River and New York Bay, circling the Statue of Liberty. In this way, he practiced maneuvers and studied how his boat behaved when large ships passed close to him.

His partner, Farrell, decided to participate in the project to challenge himself, as he had a serious accident a few years ago and even had to learn to walk again.

As soon as it started, the task proved to be bigger than they imagined. On the 13th day, Farrell felt sick and needed to be rescued. From then on, the challenge became even greater for Browne, who had to first decide whether to continue alone or give up to plan a new attempt.

Browne decided to go it alone. In this way, the expedition, which had as its initial objective to beat the speed record for the crossing, began to have another focus: Browne’s personal overcoming.

In addition to physical fatigue, the weather brought great challenges to the athlete, such as giant waves, freezing temperatures and loneliness throughout the crossing.

On the 24th day, for example, a storm hit the East Coast of the United States and his boat capsized three times. It looked as if Browne was not to go any further, but the Irishman kept his focus.

On this day, the skies were completely overcast and during the night he didn’t have any kind of guide, like the moon or stars. He reports that he could barely see the tip of his 6.2-meter vessel. Navigating without being sure he was heading in the right direction was another challenge he hadn’t expected to face.

He says that, in addition to overcoming the physical pain, keeping his mental health up to date was also a great challenge, especially after his partner left. In some passages, he says he had to exercise his mind a lot, staying calm and focused on his goal.

He rowed about eleven hours a day and ate dehydrated foods, consuming 10,000 calories a day. To drink water, he took with him a small accessory that allows him to desalinate seawater.

Arriving in Galway, when the challenge seemed close to an end, another unpleasant surprise. With only a few meters to reach the city’s docks, the strong waves threw his boat towards the rocks and he needed to be rescued to avoid a serious accident. Thus, he concluded his challenge.

As a national hero, and no wonder, Browne dedicated his achievement to his wife and one-year-old daughter.

In an interview with the press, the Irish hero said that he was looking forward to being able to sleep in a bed, eat well and be able to go to the bathroom normally, small luxuries that we only miss in extreme situations, such as the crossing he overcame.