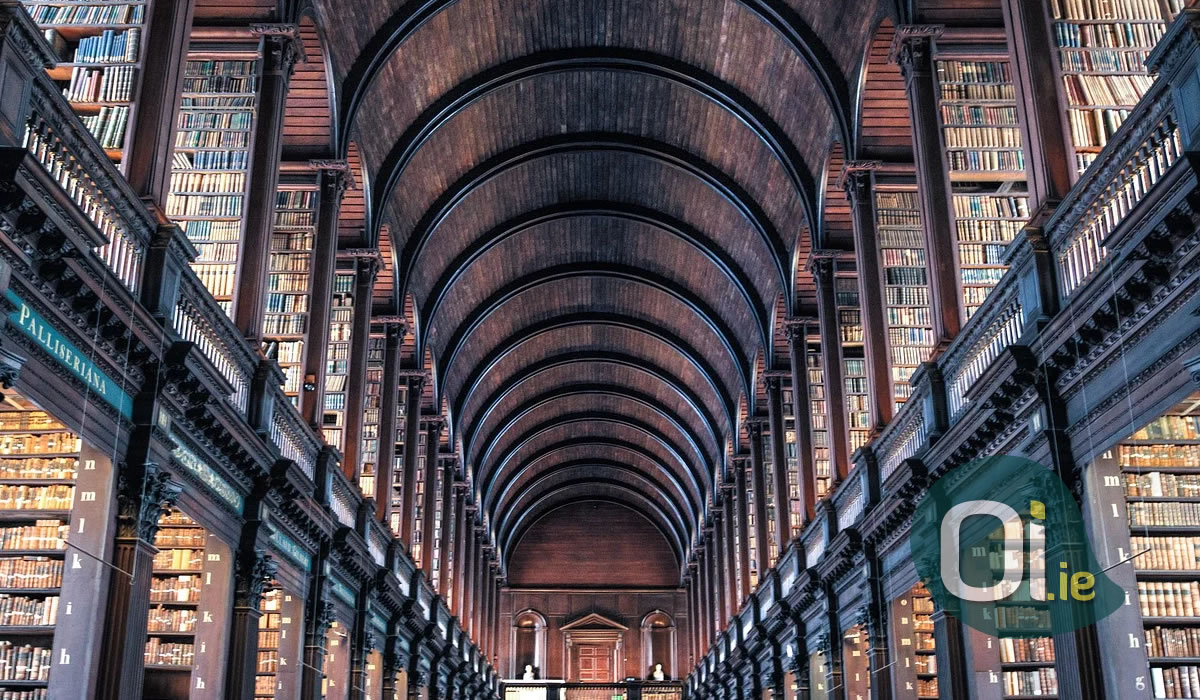 Since we are all isolated, how about getting to know some of Ireland’s most famous places without leaving your home? Even closed, it is possible to visit many Irish sights through virtual and interactive tours, without paying anything. Check out:

A must visit for any beer lover, the Guinness Storehouse is Ireland’s most visited attraction. This video goes through all the floors of the museum, until arriving at the panoramic bar at the top of the building. If you prefer, there is also a collection of 360 ° photos of some of the museum’s main environments.

The library at Trinity College, Dublin, has more than 6 million volumes, and many of the items are digitized on Google Arts & Culture. There, it is possible to visit virtual exhibitions like this compilation of photographs about the Irish women’s struggle for the right to vote, or this other photographic collection that shows the destruction of Dublin after the Easter Revolt in 1916.

The Long Room is the most monumental part of the library, famous for its architecture and for having some of the oldest works in the world, as well as rare pieces, such as a copy of the 1916 Proclamation of the Republic of Ireland. However, it is the Book of Kells, a manuscript created by Celtic monks, that draws attention for its illustrations. You can explore The Long Room through this video on YouTube.

Located in Blarney, near Cork, this castle is known for a mystical stone, the Stone of Eloquence. Many people lie upside down to kiss the stone, because they believe that it gives you the power to speak and write more easily. But due to the coronavirus, this is the first time in history that kissing on the stone has been banned. You can get to know the castle through this 360 ° tour, you just won’t be able to kiss the stone.

If you are not someone very important, you will hardly have the chance to visit the palace where President Michael D. Higgins and his wife, Sabina, live. The residence is located in Phoenix Park, Dublin, and has already been visited by figures such as Barack Obama, Nelson Mandela, Pope John Paul II and Queen Elizabeth II. The official website offers an interactive tour of the main premises of the palace.

This museum in central Dublin houses the largest collection of Irish and European art in the country, including works by famous artists such as Monet, Velázquez and Picasso. The museum’s official website offers interactive tours of some sections of the museum, where you can admire some of the main paintings in the collection. For each tour, there is detailed information about the collection and each of the works.

The Cliffs of Moher

If you miss nature, how about taking a virtual tour of one of Ireland’s greatest natural beauty? The Cliffs of Moher extend for about 8 km on the west coast of Ireland and reach a maximum height of 214 meters, attracting more than 1 million visitors a year.

At 10 am every Monday, until May 4, Dublin Zoo takes a virtual tour through its YouTube channel, showing some of the animals in the zoo. The first episodes of Safari Watch have already shown animals like flamingo, lion and orangutan. The zoo’s website also offers live webcams showing the lives of some animals 24 hours a day.

The city of Waterford was excavated between 1986 and 1992, and many of the discoveries are in this museum, which tells the history of the city in the Middle Ages and preserves many of the structures built at the time. The museum’s website offers a complete tour of the museum’s exhibition halls