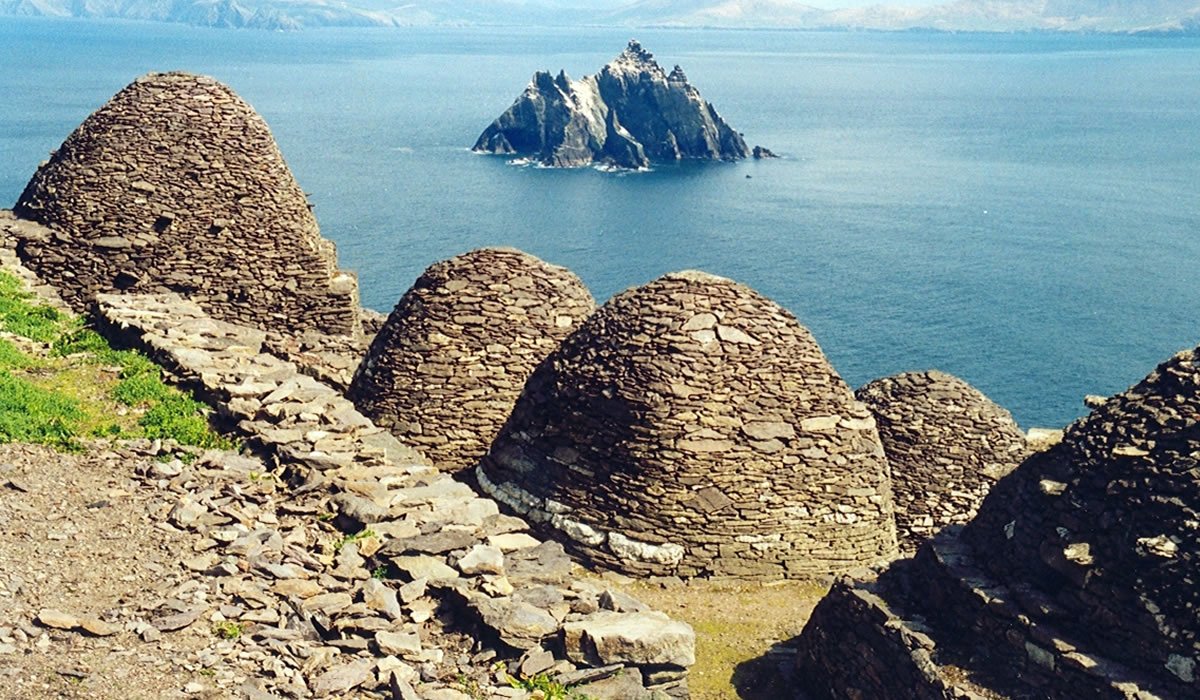 PS I LOVE YOU

Although it was also shot in Ireland, this is an American film and was released in 2007. The story of the film is based on a 2004 novel by author Cecelia Ahern and the main actors are Hilary Swank and Gerard Butler. The film begins in New York and at a certain point in the film the main character takes a trip to Ireland, where scenes were shot in various locations such as: Whelan’s Pub in Dublin, Blessington Lakes, Lacken, Wicklow Mountains and The Sally Gap.

This epic movie that has a legion of fans all over the world is an American adventure, fantasy and science fiction movie. Star Wars VII: The Force Awakens was released in 2015 and is the seventh in the movie series. The final scene of this film was filmed in July 2015 on the Skelling Islands, located in Ireland. In addition, they recorded some scenes later in September of the same year. Because of this, the place became a tourist attraction for fans of the trilogy.

This film is a comedy-adventure drama and was released in 2005. The film is based on a 1940s novel by author Eric Knight, and is about the life of a little dog named Lassie who has great adventures to find her family that so loves. love. The recordings took place in Scotland, Ireland and the Isle of Man. In Ireland more specifically, scenes were recorded in Dublin, Wicklow and the Isle of Man.

HARRY POTTER AND THE HALF BLOOD PRINCE

Another highly successful trilogy, Harry Potter has fans all over the world and has also made Ireland one of its scenarios. This is a 2009 British-American film, based on the book by J.K. Howling, the trilogy is about the life of a wizard who discovers his gifts of magic and goes to school to learn more about what it’s like to be a wizard. A part of the film in question was shot at the Cliffs Of Moher, more specifically in a scene in which the character Dumbledore acts. Surely all these movies are worth watching both for being great successes, and for their incredible scenes chosen in this beautiful country that is Ireland. So just decide which one to watch first.