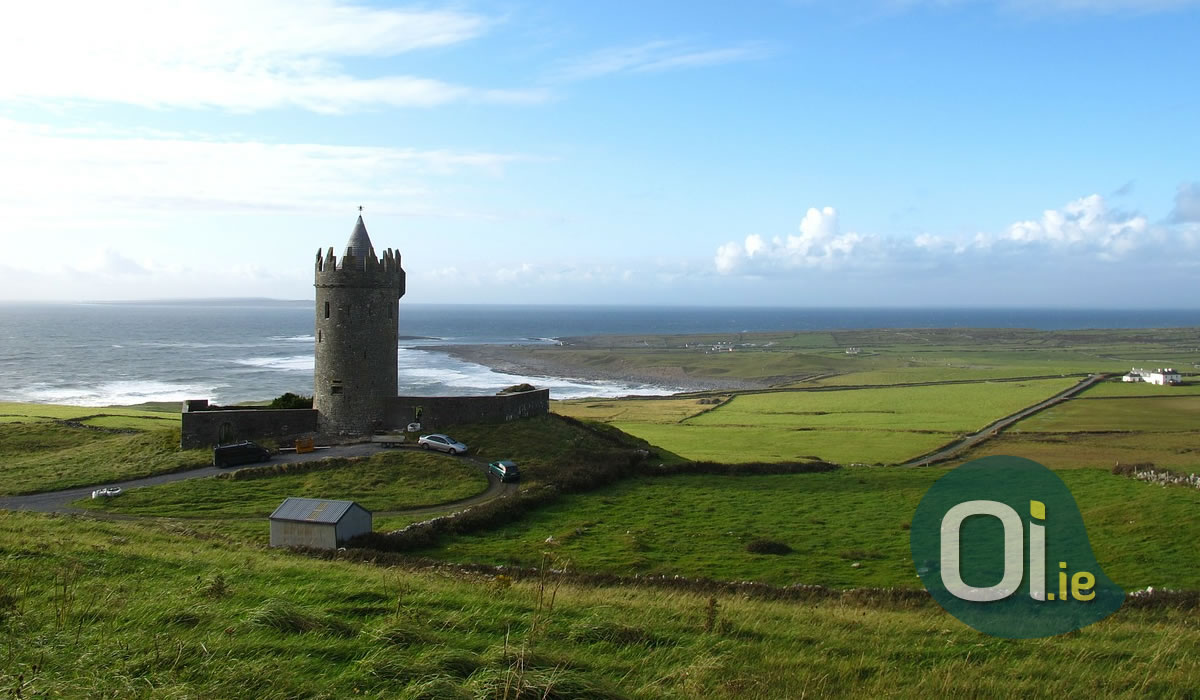 Ireland has several nicknames, but perhaps the best known is “the Emerald Isle”. Even Johnny Cash has already referred to Ireland in this way in his song Forty Shades of Green, written on a 1959 tour of his country.

The nickname originated in the 18th century, in a poem by Irish writer William Drennan, in which he referred to his country as “the emerald of Europe”. The poet was not referring to the wealth of precious stones, but to the color of the vegetation on the island, famous for its green lawns and beautiful fields. When viewed from above, there is no doubt.

But why is Ireland so green?

Even though it is on the same latitude as the provinces of Newfoundland and Labrador, Canada, where the weather is severe and snowy, Ireland enjoys relatively mild winters. This is because of the North Atlantic ocean current, which takes warm waters from the Atlantic Ocean to the Irish coast. The combination of mild temperatures and heavy rainfall creates the perfect conditions for Ireland’s green landscapes.

Despite this, there are few forests in Ireland, making it one of the least forested countries in Europe. This is mainly due to the great deforestation that occurred in the 17th century. Today, much of Ireland’s vegetation is shallow, which makes the country a great place for raising sheep and cattle. In fact, there are many more sheep in Ireland than humans: there are about 8 million sheep against a population of 4.5 million.

Each of Ireland’s 32 counties also has its own nickname, based on geographical, cultural or historical characteristics. Donegal, for example, is known as The “Forgotten County” (the “forgotten county”) due to its location, being the most northwestern county on the island. Limerick is known as The Treaty County, as it was where the Treaty of Limerick was signed, which ended the Guilhermite War in 1961. And Kilkenny is known as The Marble County (the “marble county”) due to the stone used in the construction of city buildings.