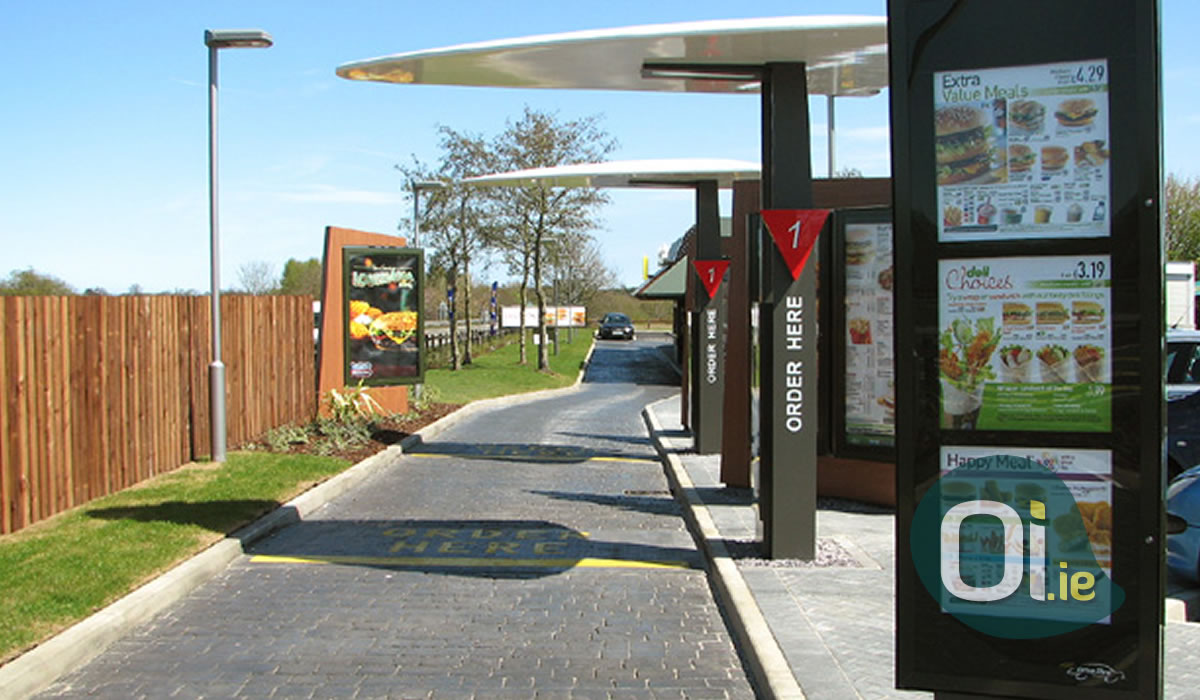 In 1985, the first drive-thru in Ireland and Europe – a McDonald’s restaurant – opened at the Nutgrove Shopping Center in Rathfarnham, south Dublin.

The opening took place eight years after the opening of the first McDonald’s unit in Ireland, in 1977, on Grafton Street (which still exists today). At the time, the novelty caused huge lines, but many were disappointed with the French fries, which were different from what the Irish were used to.

The first drive-thrus (or drive-throughs) appeared in the United States in the 1930s. With the popularization of automobiles, the business grew a lot in the following decades, thanks to the convenience for customers and the low cost of operation for restaurants, who could employ fewer waiters and save money. McDonald’s first drive-thru opened in 1975, in Arizona, ten years before arriving in Ireland.

Today, drive-thrus are responsible for about 70% of McDonald’s sales in the United States. In Europe, as the population is not as dependent on cars, drive-thrus exist, but they are not as popular as in America.

Generally associated with fast food, drive-thrus are also used in other businesses, such as banks, pharmacies, liquor stores and even funerals. Ulster Bank opened its first drive-thru service in 1961 in Finaghy, Northern Ireland.

In recent years, drive-thrus have been falling out of favor thanks to delivery services and online banking. But in 2020, drive-thru was the solution found by restaurants, hospitals and other establishments to offer their services in the midst of the pandemic. In Brazil, he even had graduation and a drive-thru vaccination campaign.