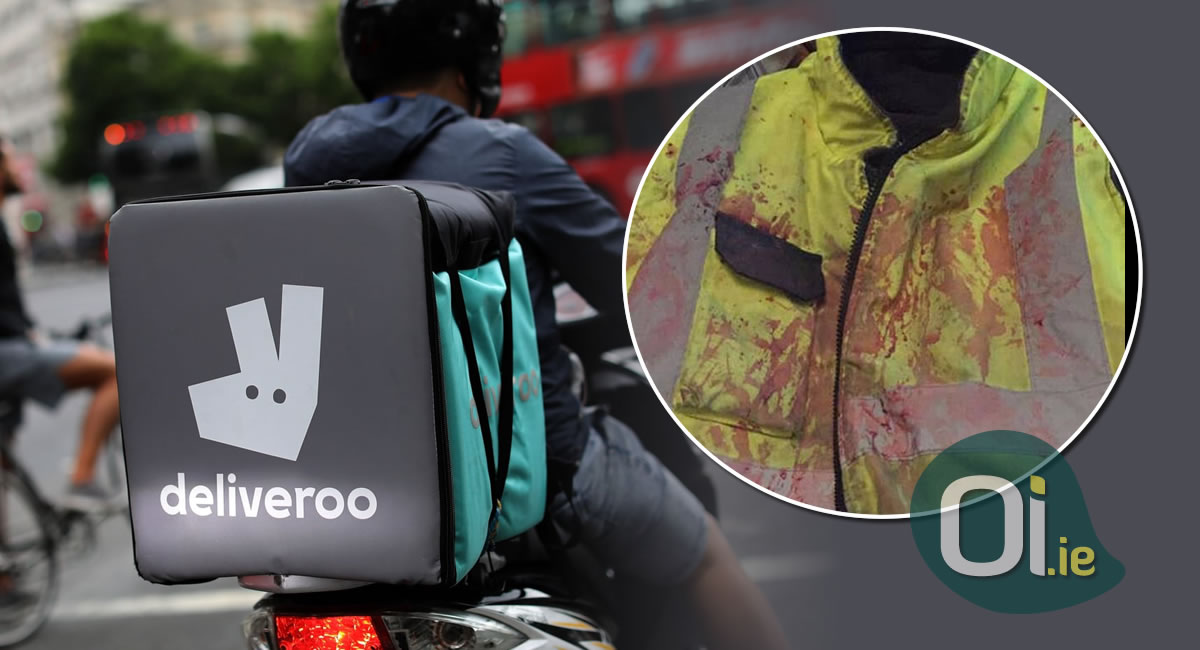 A Brazilian food delivery worker who was attacked in Dublin city in an unprovoked assault has had to return to Brazil to receive treatment for injuries sustained during the assault.

Neto (Francisco Teruliano de Oliviera ) had been working for the food delivery company Deliveroo for just 5 months. He was on route to Finglas to deliver an order when he was attacked from behind at Tolka Valley Park, in what he says was an assault by a group of young males. During the assault Neto suffered a broken nose, along with injuries to his head, arms and legs.

“When I arrived there the customer’s phone number was wrong, so I called the support line. I was then surprised by several men, who appeared to be between 17 and 19 years old,” Neto told Independent.ie.

“They got out of the bushes and attacked me from behind, knocked me over with what seemed to be a baseball bat. I was wearing a helmet but after the blow, which hit me to the ground, they started to hit me all over the body, kicks and punches.

“Some of the boys took my phone and the bike, others started to take my wallet in my back pocket, some people passed the avenue and did nothing to stop them.”

Once Neto was able to find his feet and escape he managed to make his way to a police station. He reported the incident and was taken to hospital, where it was confirmed he has broken his nose and suffered other injuries which would require further treatment. Such treatment wouldn’t be easily attainable without significant costs in Ireland, and as a Brazilian foreign language student there are very little little supports in place compared to EU citizens visiting Ireland.

Neto then made the decision to return to Brazil to receive treatment, and be with friends and family. He had stated that he had enjoyed working as a driver and it was his first such incident of assault, although he had many friends who have been victims.

While attacks on food delivery workers have been increasing in recent months there have been various reports of these attacks becoming more vicious, with the perpetrators usually bing in their teenage years and committing the acts in groups, rather than individual attacks.

The police force in Ireland are aware of these incidents but will it take the loss of somebody’s life before real action is taken on these youths?